By continuing to use this site, you agree to the use of cookies. Cookies are used to suggest information based on your browsing patterns and to provide us with information about site usage. For more information and to manage these settings, click here
Home > News > SENEGAL: WASSADOU MEDICAL CENTER NEEDS YOU

Première Urgence Internationale has been supporting the Wassadou Medical Center (WMC) since 2012. This project, which bloomed towards success, finds itself at risk today due to lack of funds. Therefore, the NGO launched an online fundraising.

Located nearly one hour from the city of Tambacounda and more than nine hours from Dakar, the WMC covers an area of more or less 20 000 people and is an essentiel tool to reinforce local healthcare. 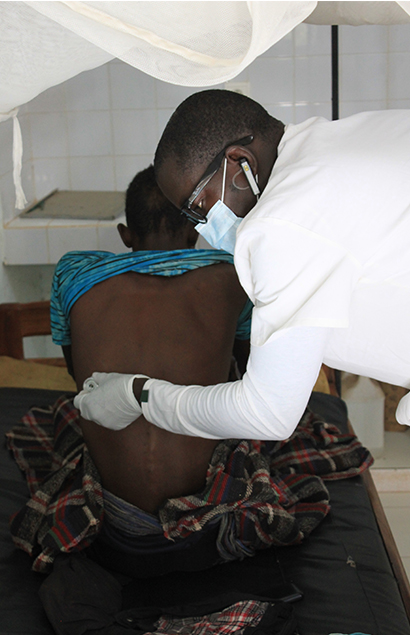 Dr. Mamadou Ndiaye, coordinator and medical director of the centre, has given“body and soul for this project”. He insists on the importance of the WMC for the inhabitants of the Tambacounda region.

“Every year since 2012, since I have been here, the number of consultations increases. Currently we have reached an average of 16 000 consultations per year, he adds: “I am absolutely sure that if we close the Medical Center there will be a disaster in the area.”

In comparaison in 2012, the WMC recorded about 5000 consultations.

Improvment in the care

If the attendance number was so quick to go up it is because the services offered have diversified and improved under the auspices of the doctor and his colleagues. For example, in 2012, there was no medical analysis laboratory, only quick tests. Now the analysis are taken care of on spot, so there is no need to send the patients at Tambacounda regional hospital anymore. 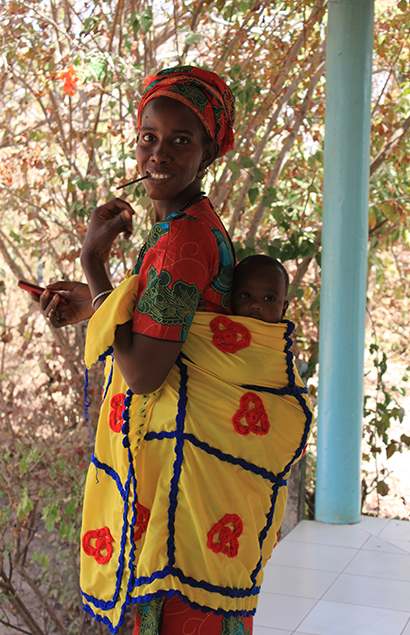 © Clémentine | A patient and her child

Two devices for carrying out ultrasound (one mobile, the other stationery) have also been set up. According to the doctor they are the only kind around and they enable essential pre-natal consultation. The team also takes care of birth deliveries, post-natal consultations, severe acute malnutrition screening and its management, including for under 5 years old children, pregnant and nursing women. Meanwhile, dental care are offered one time a month.

All in all 18 people work at the Medical Center. Their level of commitment is total as the WMC is open 24/7. In average they meet 40 patients a day and there is a team on duty during the night with Dr. Mamadou Ndiaye ready to act in case of an emergency.

Towards self-sufficiency of Wassadou Medical Center in Senegal


These days the WMC covers 80% of its expenses. Incomes mainly come from the pharmacy, laboratory, consultations and other alternative sources. Also, solar panels have been set up on the roof. Therefore it is nearly self-sufficient but still needs a significant help in other to reach this goal. 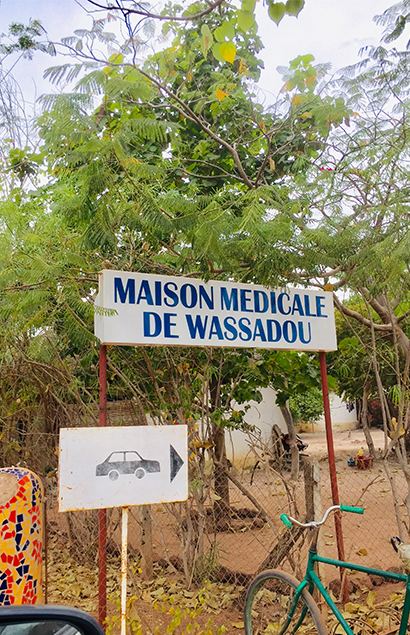 That is why Première Urgence Internationale has decided to launch an online fundraising until the end of March to support the WMC and the region’s inhabitants. The funds collected (the primary goal is set at 7650 euros) will be used to buy basic medical equipment such as: a vaccine fridge, oxygen bottles, a table for newborns,…

Mamadou Ndiaye explains: “I have faith in the Center’s economy. A good management of the pharmacy and laboratory equipments will help us support the Medical Center. We are also planning on equipping ourselves with an X-Ray.”

Funds are also lacking to purchase a new ambulance. The one on-site dates back from 2005 and can “break down any minute”.

“When it breaks down we repair it, but the time when it will not move anymore will come and then it will be a disaster. Because if a woman gives birth 20 kilometres away from us, she can lose her life while giving it. It is not our fight only, it is also the authorities’”, the doctor insists.

In addition to the WMC, there are four community health posts in the area but they have very few means both human and material. Only one possesses an ambulance but it is located close to the national road, which is already too far for a large part of the population. 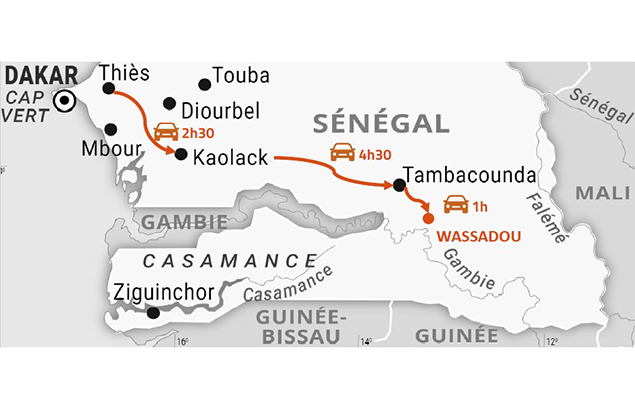 For Mamadou Ndiaye it is essential to ensure the WMC’s sustainability in order to offer an access to essential healthcare in a particularly under-served area regarding health services. The online fundraising is a first step towards other long-term actions.

Première Urgence Internationale has had a presence in Senegal since 2012. The initial demand of support comes from the structure itself and many people worked hand in hand to maintain the success of this centre. Support to initiatives in favor of quality healthcare access in the most marginalized areas has to remain a constant concern.

Sénégal : one story, one team and a success

Since 2012, Première Urgence Internationale is managing the Wassadou Medical Center (WMC) in Senegal. Driven by its faithful team, the project developed in 2017 and thrived into a wonderful success. A worth telling story.