By continuing to use this site, you agree to the use of cookies. Cookies are used to suggest information based on your browsing patterns and to provide us with information about site usage. For more information and to manage these settings, click here
Home > News > RETROSPECTIVE: OUR YEAR 2020 IN 7 STRIKING EVENTS

RETROSPECTIVE: OUR YEAR 2020 IN 7 STRIKING EVENTS

COVID-19 prevention, the Beirut blast, Venezuelan refugees in Colombia, vaccinations in the DRC, healthcare in Ukraine and Yemen but also 40 years of presence in Afghanistan… So many striking events that shaped this peculiar year which, however, did not succeed in weakening the engagement of Première Urgence Internationale’s teams.

Afghanistan: “40 years of Help” from Kabul to Paris 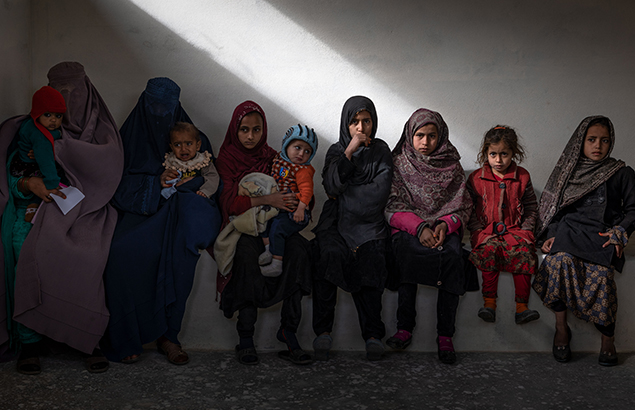 Aide Médicale Internationale (which became Première Urgence Internationale after merging with Première Urgence in 2011) set foot for the first time in Afghanistan in 1980. During this complex humanitarian crisis, encounters, difficulties, advances and tragedies unfolded. Exhibitions in Kabul and Paris, under the form of photographic retrospectives, marked this sad anniversary of four decades of humanitarian intervention for the NGO. 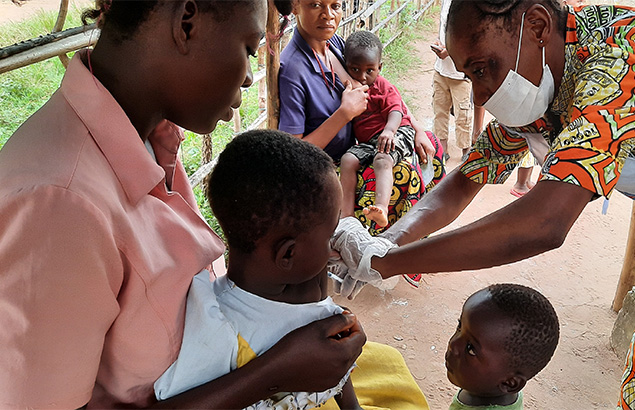 In addition to the struggle against COVID-19 and Ebola, the DRC had to face a resurgence of measles cases since the beginning of 2019. Measles being a very contagious illness, thousands of deaths have been recorded including those of very young people, whereas a safe and efficient vaccine exists. Between April and May 2020, 32 500 children have been vaccinated by Première Urgence Internationale. 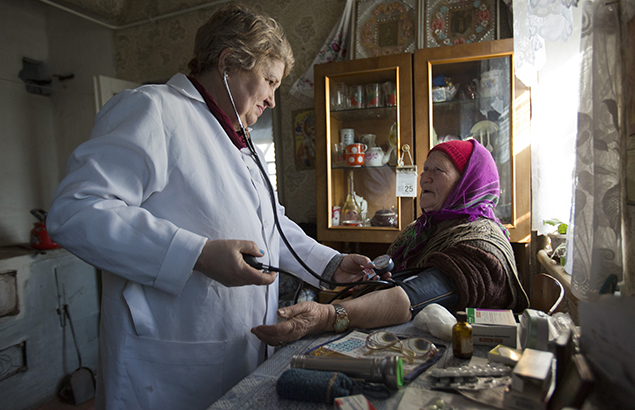 Another conflict forgotten by the media is the one that has been taking place in Eastern Ukraine for seven years. The situation is dramatic for civilians living along the contact line, which devides the non-governmental area from the governmental one. Première Urgence Internationale provides help in several areas, and in February a team went to Krasnohorivka village to speak with Tetyana, a local nurse and to bear witness of the situation.

Yemen: Public services at a standstill 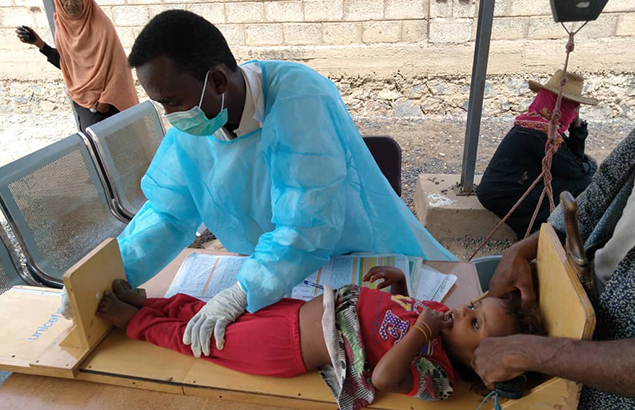 “The humanitarian crisis in Yemen remains the worst in the world”. The United Nations warned about the situation in this country where half a million children are suffering from severe acute malnutrition. Première Urgence Internationale’s teams enabled part of the population to gain access to free quality healthcare, all the while acting in other sectors than nutrition and healthcare.

France: Various missions of assistance in the slums 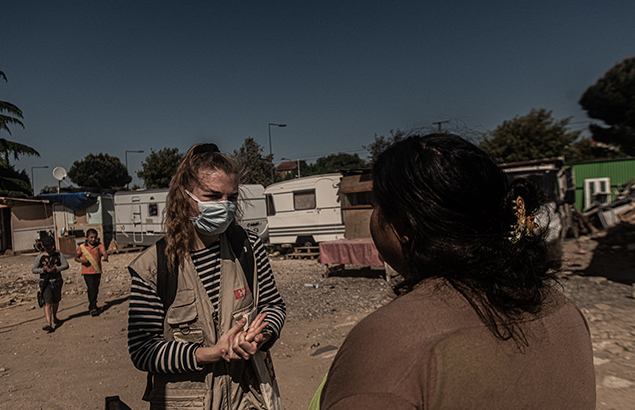 How can we mention 2020 without speaking about the COVID-19 worldwide pandemic? In this extraordinary sanitary context, the precarious situation of vulnerable people worsened. That is the case for people living in the slums of Île-de-France. Première Urgence Internationale raised awareness about the situation, provided psychosocial support and an access to water and hygiene, along with photograph George Nickels who reported about these actions. 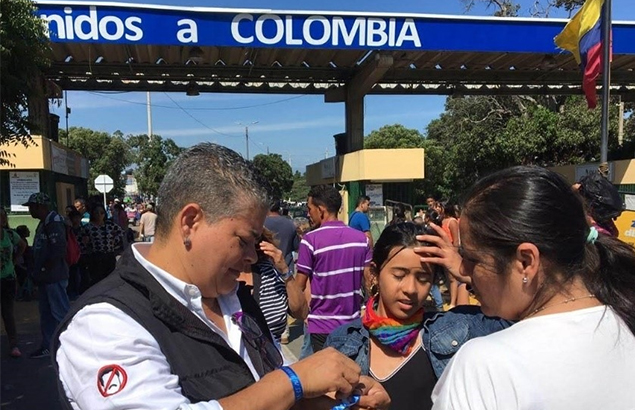 Première Urgence Internationale, with other organisations and local actors, intervenes in Colombia alongside the most vulnerable Venezuelan refugees. Without resources, housing or future perspectives, their physical but also their mental health is threatened. In April 2020, Colombia was hosting nearly 1,8 million Venezuelan refugees fleeing the political and socio-economic crisis, with daily new arrivals.

Lebanon: Deflagrations that shook the world 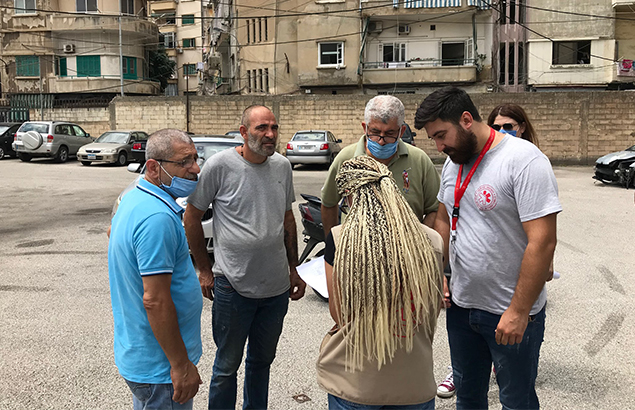 Another particularly shocking event of 2020 was the double explosions that took place in August in Beirut’s port and destroyed a big part of the capital. Première Urgence Internationale, which has been mobilized in the country alongside its various communities (Lebanese, Syrians, Palestinians, …) for two decades, organised a quick and immediate emergency response to help rebuild the capital all the while maintaining its older operations on the ground.

Première Urgence Internationale also reaffirmed its objectives, at the National Humanitarian Conference in Paris (CNH), regarding the environmental climate emergency. The organisation is well-aware that a drastic change is needed, both at an individual and global level, to halt the environmental disaster we are facing. The organisation is therefore a signatory member of the “Déclaration d’engagement des organisations humanitaires sur le climat” [Humanitarian organisations’ declaration of commitment on climate].

On another subject, the organisation refuses to participate in the “screening” of its beneficiaries, as wanted by some donor governments regarding counterterrorism. That is a red line that cannot be crossed. Moreover, it would put the security of the on-the-ground teams in jeopardy. Première Urgence Internationale, alongside numerous organisations, regrets and worries about a “tendency towards the criminalization of humanitarian aid” .

Through these positions, the NGO reiterates and reinforces its ethics and its respect for the principle of “do no harm”.

In 2021, with your support, we will continue to meet all challenges to meet the humanitarian needs of the world’s most vulnerable worldwide.

In the East of Afghanistan, Première Urgence Internationale has been taking action for four decades to respond the emergency health needs and contribute to the improvement of public services. In response to the COVID-19 pandemic, the NGO is implementing several activities and adapting its usual programs. Dedicated resources and special extra supply have been delivered, through a humanitarian air bridge connecting Europe and Afghanistan.

The Democratic Republic of the Congo (DRC) is still plagued by several deadly viral epidemics, including COVID-19 and the Ebola virus disease. Première Urgence Internationale is participating in the emergency health response to curb these two epidemics, and continues, at the same time, its vaccination campaign against measles in the provinces of Kasai and central Kasai. Between April and May 2020, more than 32,500 children were vaccinated against this deadly and highly contagious disease.

Throwback: The key events of our 2019 actions

Looking forward to the year ahead, Première Urgence Internationale draws up its 2019 balance, through a selection of the key events of this year. From France to Nigeria, going through Ukraine, Lebanon and Iraq, the past year appeared to be a pivotal year for some of the ongoing humanitarian crisis.