By continuing to use this site, you agree to the use of cookies. Cookies are used to suggest information based on your browsing patterns and to provide us with information about site usage. For more information and to manage these settings, click here
Home > News > Restoring livelihoods for the most vulnerable households impacted by the conflicts in Bangui

Decades of cyclical crises have plunged Central African Republic into a deep state of vulnerability, the country ranking second to last in the 2020 Human Development Index. This protracted insecurity and instability has seriously impacted the economy of the country, with unemployment rising up to 24.2% in 2016(1).

In particular, the capital of Central African Republic, Bangui, was the scene of violent conflicts that took place in December 2013, opposing two armed groups, of whom the so-called “Seleka”, who took over the power and committed exactions on the population, forcing most of them to flee massively towards other districts.

“At the end of 2013, with the entry of the Seleka, the massacres began. My grandson, hearing the shots, got scared. He tried to flee but hit the pot and burned himself badly. Everyone at the hospital had fled, so I took him home. We lasted 2 days and then we had to flee ourselves. I left everything behind; my house, bedding and my mechanical shredder. They took everything and so far my house remains occupied by armed groups.” informs Jean, a 68-year-old retired agronomist.

Although the political situation progressively stabilized in the following years, new clashes in April and May 2018 caused a security deterioration that had direct repercussions on the living conditions of the people, specifically those living in the 3rd district of Bangui. Houses and places of worships were burnt, robbed, looted. People were killed, kidnapped, raped.

It is in this particularly difficult context that Première Urgence Internationale, with support from the US Agency for International Aid (USAID) and its Bureau of Humanitarian Assistance, initiated a program to support the most vulnerable households affected by this crisis. The program aimed at empowering these fragile economic actors by helping them recover their activities, in order for them to improve their resilience towards the unstable context of the country. This initiative targeted the most vulnerable displaced people, as women and elderly persons.

“My eldest son was a doctor. He was the only one of my children to work and help me since my husband passed away 8 years ago. My son died on January 13 of this year, 3 months after being shot and wounded in a clash between selekas and anti-balakas in Buka, where he was the chief zone doctor. He left me 8 grandchildren, 5 boys and 3 girls. Following his death, with the costs of the funeral and 8 new grandchildren in my care, I lost all my capital. In addition, the war made trade more difficult, with many roads blocked”, explains Madeleine, widow and mother of 6 children

Strengthening the capacities of economic actors in Bangui

The program took place between September 2019 and April 2021, and implied cash distribution through mobile payments to the selected beneficiaries of the program. In addition to the financial support, designed to cover the needs for each type of business, Première Urgence Internationale organized dedicated training to strengthen the economic actors’ business management. Overall, the program enabled 550 people to restore their income-generative activities, subsequently improving their lives. 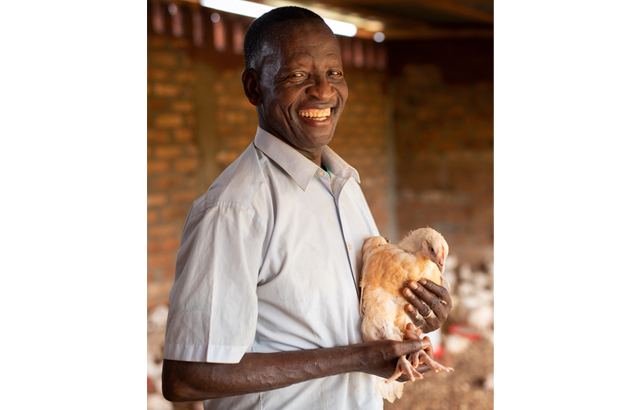 “Première Urgence Internationale came to the neighborhood and identified me as an internally displaced person. With their help, I was able to build a henhouse, buy chickens and feed them. I am now able to live thanks to this activity“, confides Jean.

This kind of program has proved to be all the more relevant and impactful with the COVID-19 pandemic that has severely harmed the socioeconomic situation of CAR population. Indeed, the sanitary crisis led to inflation of prices in the market, which was further aggravated by the post-electoral crisis that took place in December 2020 and January 2021. Nonetheless, the money perceived by the beneficiaries allowed them to face this economic crisis, with some of them who even developed strong coping mechanisms, such as diversifying their business activities. 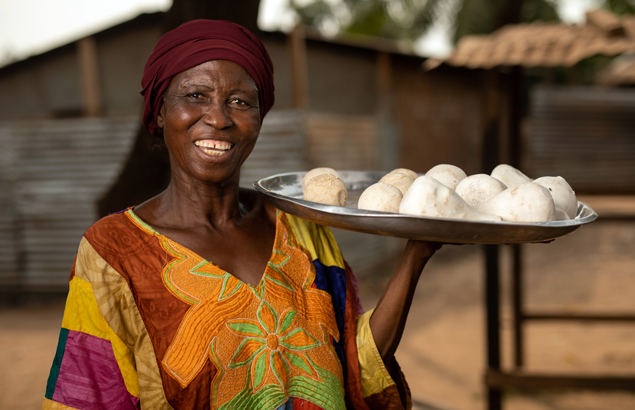 “Thanks to the money received from Première Urgence Internationale, I was able to reconstitute my capital, then make profits, which I immediately invested in the purchase of 30 chairs that I each rent 100 CFA francs for ceremonies, funerals, weddings, etc. On good days, I can rent my chairs 2 or 3 times in the same day, and earn 6,000 or 9,000 CFA francs2″,confides Madelaine.

Première Urgence Internationale has been working in the Central African Republic since 2007.

By making a donation to Première Urgence Internationale, you allow the teams to continue their actions on site while implementing new projects to help vulnerable populations.