By continuing to use this site, you agree to the use of cookies. Cookies are used to suggest information based on your browsing patterns and to provide us with information about site usage. For more information and to manage these settings, click here
Home > News > Photoreports > Photo exposition « Chadian Chronicles. A glance towards the East » takes it’s first steps in N’Djamena !

From the 8th of June to the 2nd of July 2016, the French Institute of Chad receives the “Chadian Chronicles. A glance towards the East” photo exposition. From Ouara to Assoungha, Frederic Noy introduces another vision of Chad, as he immerged himself in the everyday life of Ouaddai.

In the footsteps of Première Urgence Internationale’s team, Frederic Noy met the population and took a particular interest in their stories, their everyday life and their hopes. The support brought by the NGO appears throughout their accounts: emergency action is taken, but that is aimed at improving the lives of the population on the long-term. 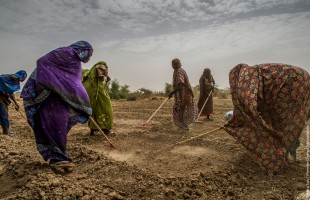 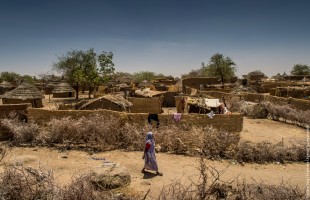 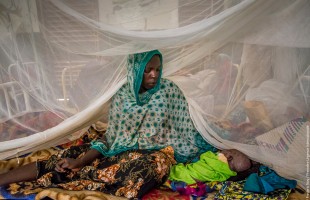 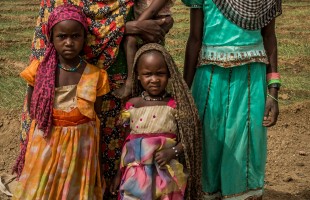 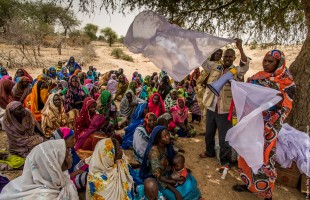 A complicated context for multiple needs

For several years, the East of Chad bears the consequences of tensions linked to the neighbouring conflict in Darfur. The confrontation between the different Sudanese and Chadian armed groups has led to important population displacements. In spite of the improvement of security thanks to agreements signed between both counties’ governments, la situation isn’t improving, while the drought that struck in 2011 caused a food crisis in 2012. In spite of the fact that the following years harvests were much better, nearly 29% of households were still in debt in 2015 (source: Post-harvest survey conducted by Première Urgence Internationale in January of 2015).

These successive chocks have plunged a part of the population in a critical situation. Indeed, the poorest are still having difficulty to escape the vicious cycle of debt caused by the 2012 food crisis and suffer from the lack of access to first necessity goods. Similarly, access to health care is compromised, because of the weakness of the health system, the remoteness from the structures or simply because of the lack of money.

In order to address the needs observed in the field, Première Urgence Internationale has developed a project in order to support the most vulnerable populations by offering assistance in closely linked issues: health, food security and nutrition. Première Urgence Internationale is present in the region since 2004, which has enabled the teams to develop a string knowledge of local problematics. Since 2007, the NGO is the main operator of the area, and has progressively spread its action throughout the territory, in order to help more households, particularly the most isolated ones.

More than emergency aid, it is about giving them the resources to resist future crisis. The aim of this project is to set new dynamics on a long term basis, which cannot be done without working closely with the recipient populations.

Awareness campaigns is the key stone of Première Urgence Internationale’s action. In order to reinforce the positive effects of the project, the NGO works with community relays: men and women that are part of the community, chosen by her to sensitize and assist the population about health and food security, but also to detect and inform the team about vulnerable persons or priority beneficiaries. Some relays are former beneficiaries, like Tijani Ibrahim, who did not know what malnutrition was, and who today sensitizes mothers to this illness and helps detect cases that need a rapid intervention, thanks to knowledge learned by the teams of Première Urgence Internationale.