By continuing to use this site, you agree to the use of cookies. Cookies are used to suggest information based on your browsing patterns and to provide us with information about site usage. For more information and to manage these settings, click here
Home > News > Overcoming isolation and suffering, the fight of displaced populations in Iraq

Overcoming isolation and suffering, the fight of displaced populations in Iraq

The large-scale conflict in Iraq caused forced displacement of civilian populations across the country to run from the fights. Displacement often has acute and long-term impact on the mental health and social behaviour of these populations. Première Urgence Internationale is working in the country in mental and psychosocial health to help these families to overcome their difficulties. Here is the story of the life of Abu and his family and how they manage to overcome isolation. 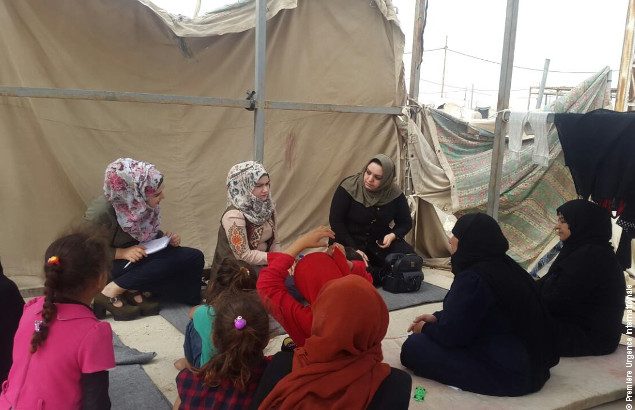 Abu Sedra and his family

Abu Sedra is 51. He fled al-Qa’im in West Iraq, a district where he lived with his wife Ahlam, 39, and his daughter Sedra, 4. Now, they are displaced in the camp of Habbaniyah Tourist City in the centre of the country.

One day, Ahlam approached the Première Urgence Internationale’s mental and psychosocial health teams that were in the camp and shared her suffering with them.

When the teams first met the family, all the three of them seemed depressed, sad, tired and stressed. The mother could not sleep or eat anymore, the father would not leave the tent. None of them would have social interactions with other persons in the camp.

To try to help them, psychologists and psychosocial workers from Première Urgence Internationale started by meeting with Abu, the father, but he refused to talk. After several sessions, he eventually showed a drawing he made. He then explained how much he disliked living in the camp and why he was dreaming of leaving and had no friend. 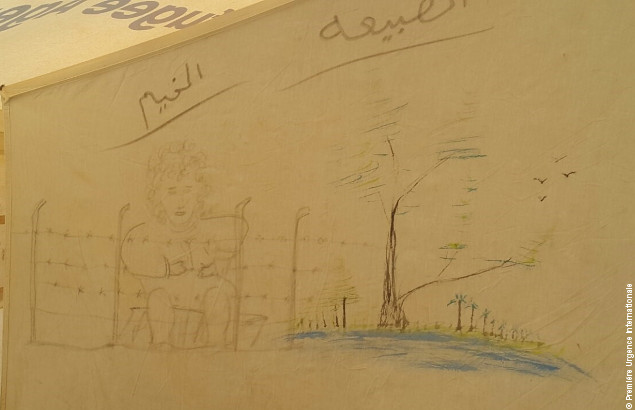 As for Alham, she saw a psychologist from the association too. She was eager to talk, express herself and being listen to, which the team did through several sessions.

The little Sedra was suffering from isolation too and would wet her bed at night. After checking that she did not have any particular medical problems, the Première Urgence Internationale’s teams engaged in play therapy with her. They played together, read her stories and showed her short movies about hygiene. They also gave instructions to the mother as well as a table to monitor the frequency of the Sedra’s bedwetting. Quickly, progress were seen. 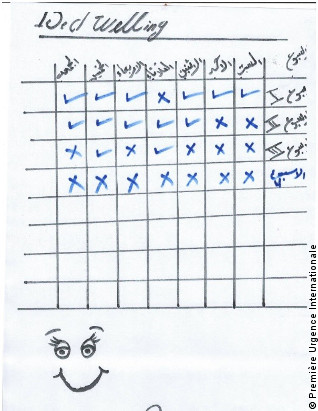 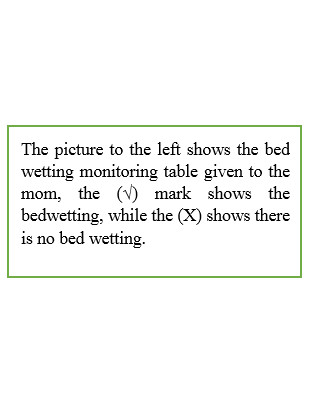 A care plan for the whole family

Alham was encouraged to take care of their family and to expand her social network with neighbours. Sedra integrated group sessions with other kids. She was happy again and she restarted to make friends. Abu was encouraged to take time for his hobbies, painting and playing football. With the help of ten neighbours, he created a team to play football. He started to go out of his tent and walk around the camp with his daughter; he never did it before.

Finally, for being sure that the whole family had fully recovered, the teams also organised group sessions for them. They talked freely about their experience and decided to overcome together the challenges of life.

Project financed with the support of USAID