By continuing to use this site, you agree to the use of cookies. Cookies are used to suggest information based on your browsing patterns and to provide us with information about site usage. For more information and to manage these settings, click here
Home > News > Mental health and conflicts 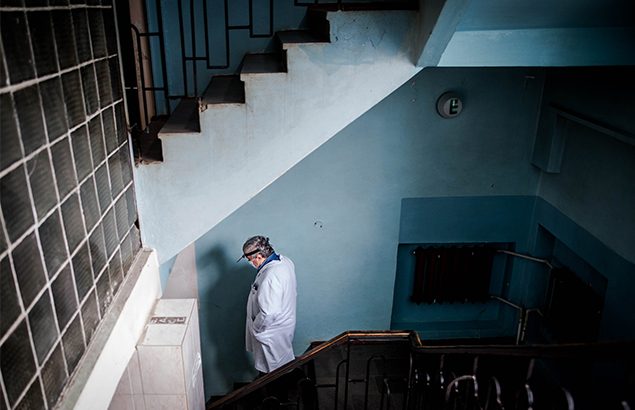 ©Sadak Souici | In a hospital in Donetsk region

To begin with, it is important to remind that mental health is an essential component of health. The Constitution of the World Health Organization (WHO) defines health as follows: “Health is a state of complete physical, mental and social well-being and not merely the absence of disease or infirmity.”

According to the WHO: “Mental health is a state of well-being in which an individual realizes his or her own abilities, can cope with the normal stresses of life, can work productively and is able to make a contribution to his or her community.”

For Mélissa Robichon, psychologist and mental health advisor at Première Urgence Internationale: “Mental health must be considered as a continuum that includes a state of well-being, psychological suffering, distress and mental disorder. It is a continuum where there are multiple forms of symptoms and intensity and on which we, as individuals, constantly move according to the events of our lives, our ability to cope, our environment and our biological factors.”

Première Urgence Internationale has been working for several years in the field of mental health and psychosocial support, particularly in the Donbass mining basin.

An elderly woman supported by the NGO testifies: “I live on the front line. I have survived all the explosions; I know all the types of weapons. I live on the second floor, everything is destroyed by the bombs. Sure, there is light, there is water, and nowhere to go. My husband needs an operation, but there is no medicine. Despite this, I will overcome this ordeal even though it is very hard.” 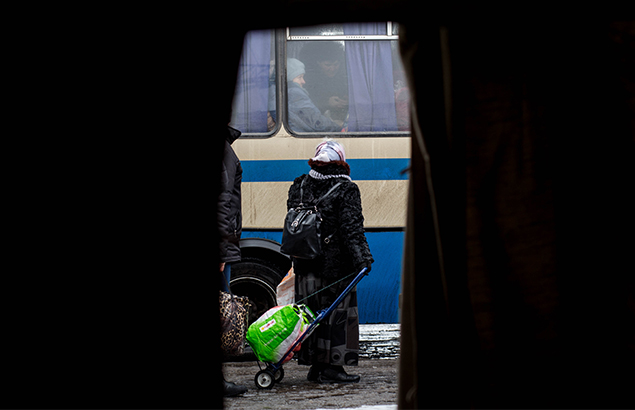 In 2018, the NGO conducted an upstream assessment of its activities there. The data collected determined the factors of psychological distress within the community.

”These factors are most often related to family separation, loss of property and employment, disruption of access to basic services: health, education, transportation, communication, worsening economic conditions including rising prices, low incomes, and distress due to anticipation of further consequences of the conflict.”

A need for training

The field of mental health is emerging in many countries, therefore, the use of a psychologist or specialist is extremely limited and when it exists, often focused on severe mental disorders and stigmatized.

Moreover, the people living in the areas of intervention of Première Urgence Internationale in Ukraine mostly inhabit rural and remote areas. Access to health services is therefore more complex there than in the large cities.

“Mental health services themselves are limited and the health personnel have little training in identifying and caring for people in psychological distress”, adds the psychologist.

To counter this lack, the NGO trains, among others, health professionals in the field of mental health and psychosocial support in Donbass.

Valeriia Volkova, in charge of mental health and psychosocial support interventions for Première Urgence Internationale in Ukraine, explains: “We teach them how to diagnose the main mental disorders, how to define depression, mourning, post-traumatic stress disorders… We insist on knowing how to diagnose all these disorders in order to refer patients to specialized health centers when appropriate.”

The topics of these trainings cover various themes such as “individual care, psychological first aid, the use of clinical assessment tools and behavioral activation for the elderly”. 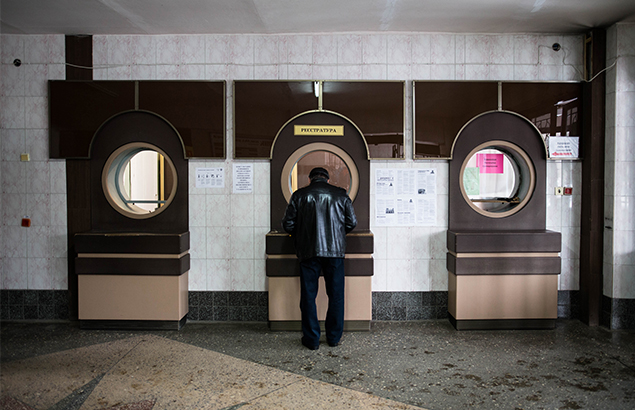 The effect of conflicts on mental health

“In this context: humanitarian aid which benefit social and community functioning, as well as the mental health of individuals is crucial,” she says.

Première Urgence Internationale teams have been helping civilians in the Donetsk region since 2015. The NGO’s areas of intervention are: health, access to water, sanitation and hygiene.

By making a donation to Première Urgence Internationale, you allow the teams to continue their work on site and to raise awareness about mental health among communities and health professionals.

The NGO regularly draws attention to the seven-year conflict in Donbass. Therefore, from the 15th to the 27th of March 2021, a photo and video exhibition entitled “Ukraine: the faces of conflict” will take place in Paris.

The above-mentioned projects are carried out with the support of the European Civil Protection and Humanitarian Aid (ECHO).

Press statement: NGOs raise alarm about the consequences of the COVID-19 in eastern Ukraine

Kyiv, 14th of April 2020 – In Ukraine, the consequences of the pandemic could be dramatic for vulnerable populations, especially in the Eastern provinces where a six-year armed conflict let the health system and structures extremely weakened. Première Urgence Internationale, the Norwegian Refugee Council, the Danish Refugee Council and Right to Protection, which are intervening in the country, warn about the need for urgent measures to protect civilians, and offer their assistance to the government.