By continuing to use this site, you agree to the use of cookies. Cookies are used to suggest information based on your browsing patterns and to provide us with information about site usage. For more information and to manage these settings, click here
Home > News > In the Donbass, a situation of “no war, no peace” for civilians

In the Donbass, a situation of “no war, no peace” for civilians

Ioulia Shukan is a Ukraine specialist. She was on the ground during the big mobilizations of winter 2013/2014 and when the events turned into an armed conflict. Since then, this Eastern European country has become her dominant field of study. She looks back on her research and sociological studies.

Before focusing on civilians, this lecturer in Slavic studies at the University of Paris-Nanterre and researcher at the Institute of Social Sciences of Politics, worked on Ukrainian elites and parliamentarians. It was in 2013 that her research took another turn.

“It is the mobilization around the Maïdan that really made me change my perspective because I became interested in the ordinary citizens of this mobilization. That is what touched me the most, their willingness to influence the decision of political power,” explains the specialist, adding: “So I worked on citizens, on the Maidan, on the forms of commitment and forms of resistance, during the three months of occupation of this square.”

Her analysis of this civic engagement led to the publication in 2016 of the book “Génération Maïdan. Vivre la crise ukrainienne”.

She then kept this “very microsociological” perspective always turned towards the citizens. For example, the researcher started focusing on a group of women volunteers who, in response to the violence of the conflict, devoted themselves to caring for wounded, sick and mutilated soldiers in the hospital of Kharkiv. 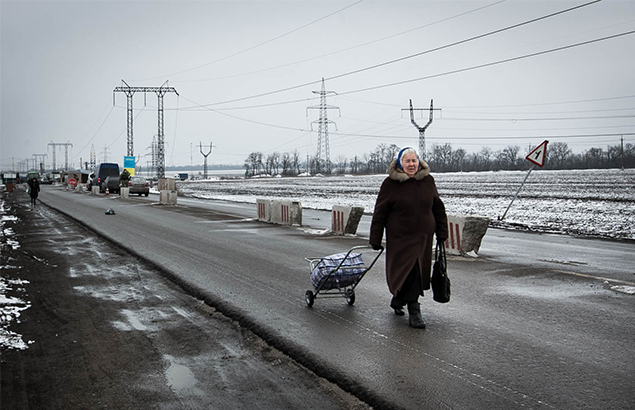 From 2017, she focused on the daily life of civilians in the war zone and therefore made her first trips near the Contact Line.

“I try to understand how these civilians rebuild a sense of normality in the situation where the hard phase of the war has passed but at the same time they live in uncertainty and are exposed to regular bombings, what I call a ‘no war, no peace’ situation on the Contact Line,” explains the researcher.

Her blog, “carnets de terrain” (Notebook from the field), describes with intensity what she was able to observe during those years when she was going back and forth in the country, juggling her life as a teacher and a researcher.

One of her most vivid memories is a meeting, during a food distribution by a national NGO, with the inhabitants of the village Novoaleksandrovka. This village is located along the Contact Line in the Lougansk region (Première Urgence Internationale intervenes along this line in the Donetsk region). She recounts this experience in a blog post that dates back to 2017.

“For three years already, there has been no gas or electricity in Novoaleksandrovka. Therefore, there is no way to operate any household appliances, big or small. Many people use candles to light their homes in the evening, and some even use electric torches. No store in the village either. No bread delivery. The locals live, like many other civilians in the grey zone, by growing vegetables or raising small livestock. Solidarity between neighbors ensures the survival of the oldest or the most unwell.”** 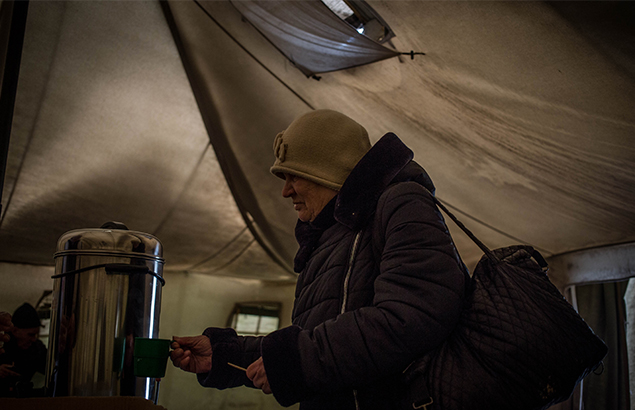 She also discusses the reasons why people in the region may stay even though life is difficult.

“Despite these conditions, everyone, like Lena, gives themselves a reason to stay. Some put forward the ‘duty to stay’ to take care of their relatives or simple elderly, sick and/or immobile neighbors. Others insist on this feeling of uselessness and abandonment: ‘who would need us?’ or ‘who is waiting for us elsewhere?’ come up like a mantra in every discussion. Finally, there is this intense attachment to one’s land and to one’s home. A deep rootedness that excludes any prospect of departure for young people like Lena and her husband, but especially for elderly people.”**

Première Urgence Internationale’s teams, specialized in mental health, have noted that most of the inhabitants who have remained in the villages along the Contact Line show signs of psychological distress. In order to cope with adversity, people spontaneously use defense and adaptation mechanisms.

For her part, Ioulia Shukan was able to observe, between 2017 and 2020, ”a relationship to violence that has become quite normalized” among the people who live in these small villages.

”Many locals speak of the war in the past tense, for many the war is already over in the sense of fighting and hostility. But at the same time, peace has not returned to these territories, since there are still a number of areas of tension and occasional shootings to which they are exposed, in addition to the mines of course, since these are extremely dangerous and mined territories,” recalls the sociologist.

According to her, the simple fact of living next to the military and therefore near military positions, “exposes the inhabitants of these villages in the event of renewed hostilities”.

“There are phases of relief following signed ceasefires, but in the end, without a global resolution, the ceasefires are not respected and each time we return to these phases of harder war.”

Indeed, the last ceasefire was on the 27th of July. However, there are daily reports of violations of this truce. In recent months, the majority of victims have been combatants, but civilians continue to be part of the collateral damage, directly and indirectly. 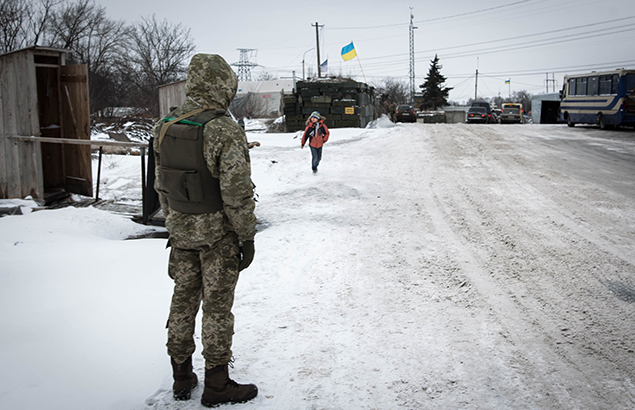 Out of sight out of war

One of the characteristics of the conflict is that in other parts of Ukraine and in the capital, life goes on and one comes to forget that the situation is still “fragile and unstable” in the east of the country.

“The war was marking the news in 2014-2015, maybe until the beginning of 2016 when there was significant movement. The Contact Line was not stabilized and the media agenda not saturated. In fact, the further away from the front line, the more people want to get on with their normal lives in which there is no place for war and we feel it a lot in Kiev,” comments Ioulia Shukan.

“In the media, the focus is much more on ceasefire violations and military casualties. It is rather when we follow the activity of NGOs, Ukrainian or international, that we have access to a certain number of elements on civilians in the war zone.”

Première Urgence Internationale‘s teams have been assisting these civilians in the Donetsk region since 2015, including visiting the elderly and people with limited mobility in their homes and in mercy homes*.

The NGO’s areas of intervention are: health, access to water, sanitation and hygiene. In terms of health, the teams support the region’s health centers, particularly in relation to the COVID-19 pandemic, and by training professionals in mental health and psychosocial support.

Mental health and psychosocial support are key areas of needs, both pre-existing and new. 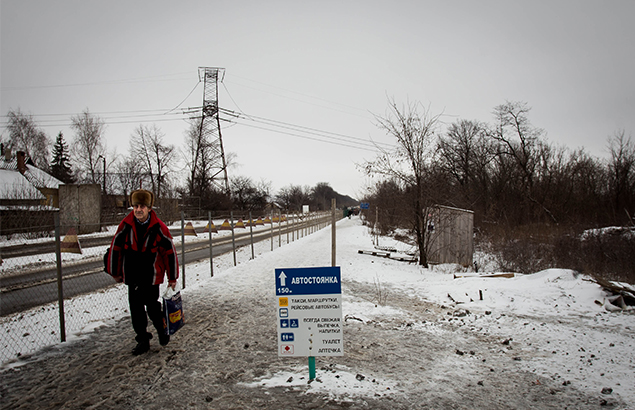 With your help, Première Urgence Internationale can ensure the continuity of the projects in place and continue to meet the needs of civilians in eastern Ukraine. You can support our actions by making a donation here.

The NGO regularly draws attention to this forgotten seven-year conflict. In this context, it is presenting a photo and video exhibition entitled “Ukraine: Faces of conflict” from the 15th to the 27th of March 2021.

The projects mentioned are implemented with the support of the European Civil Protection and Humanitarian Aid Operations (ECHO).

* Mercy homes are a kind of social or religious institution where the elderly can find refuge.

**Translated from the original text in French.