By continuing to use this site, you agree to the use of cookies. Cookies are used to suggest information based on your browsing patterns and to provide us with information about site usage. For more information and to manage these settings, click here
Home > Press > Joint statement Normandy Four – Ukraine: Four Heads of State, Four Humanitarian Issues 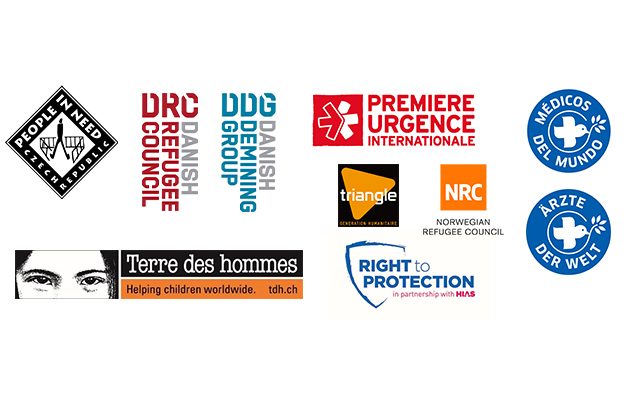 As humanitarian organizations providing aid to conflict-affected people in eastern Ukraine, we commend the leadership of Ukraine, France, Germany and the Russian Federation for their renewed commitment to negotiating an end to conflict in the region. Recent developments have brought new hope for the 3.5 million people in need of urgent humanitarian assistance. We view it as a positive sign that these countries – the so-called Normandy Four – have agreed to meet to work together towards the conflict resolution for the region.

Nearly six years of conflict have killed more than 3,300 civilians and enacted a heavy toll on people’s ability to cope with a worsening socio-economic situation on both the government- and non-government-controlled territories. Approximately 5.2 million people are still affected in various ways by the fighting, separation, and resulting administrative concerns.

The lives, dignity, and well-being of people on both sides of the contact line are concerns that we all share. Therefore, we call on the parties to the Normandy Four negotiations to include on their agenda the following four points:

1. A lasting end to hostilities

Ongoing fighting continues to claim lives, maim people, disrupt economies, upend social-safety nets, and hinder recovery. Given these realities, the most important outcome of negotiations is an immediate end to hostilities and upholding of the ceasefire. The longer the fighting persists, the greater the region’s psychological trauma, as civilians loose their lives and exhuast their ability to cope in psychological and financial terms.

2. The protection of civilians and civilian infrastructure

During armed conflict, civilians and civilian objects, including critical civilian infrastructure, shall not be the object of an attack. International humanitarian law obliges parties to the conflict to take all feasible precautionary measures to avoid, and, in any event, to minimize incidental losses of civilian life, injury to civilians, and damage to civilian objects.

In other words, residential areas must not be targeted or used as shields. Likewise, civilian infrastructure – such as water, electricity, and gas distribution systems – shall not be attacked or put in danger of being damaged or destroyed as a result of military presence nearby.

Within five kilometers of the contact line, up to 66% of healthcare facilities reported damage during the crisis; 48% of these are still in need of rehabilitation. At the same time, 34% of primary care services close to the contact line suffer power outages and are without generator back-up, and 22% experience water disruptions.

Since 2016, the water-supply system in the conflict-affected region has been damaged more than 350 times due to the conflict. When the water network is seriously damaged or breaks due to the persistent lack of maintenance, more than four million people lose access to potable water. Many of them would be cut off heating as well, when temperatures drop below zero in winter. In the region, nearly a third of the population has experienced water cuts daily or weekly.

Of major concern is the fact that Ukraine now is one of the most mine-contaminated countries in the world. Whereas mines continue being planted to this day, Ukraine has claimed the highest number of anti-vehicle mine incidents in the world for the last four years. Mine-related incidents and those involving explosive remnants of war (ERW) are the main cause of child casualties. The presence of mines and ERW results in death and grievous injuries, and also reduces the civilian populations’ ability to access essential services and the means of their livelihoods, such as farmland.

Humanitarian aid is often the only hope for people trapped by conflict.

In non-government-controlled areas (NGCA), people live in increasing isolation and struggle to access services. While much of the working-age population has left, one-third of the hundreds of thousands of people who remain in the NGCA are elderly. But despite clear needs, humanitarian assistance to the NGCA remains severely restricted.

On the government-controlled side of the contact line, the complex regulatory environment concerning humanitarian aid remains under-developed despite some progress. This results in operational and financial threats to the agencies that provide support, and limits agencies’ ability to provide assistance to those in need.

4. Safeguards to the safety and dignity of people crossing the frontline to access services

People who once lived together in and relied upon close networks throughout Donbas have been separated for nearly six years by a frontline of 427 kilometers. Families have been divided, businesses disrupted, and access to services significantly diminished. And yet, with more than one million crossings across the contact line recorded per month, it is clear that personal and professional connections remain strong and necessary. People cross the contact line to collect pension payments, check on their property, access documentation, obtain health services, or reconnect with loved ones. These trips are time-consuming and costly. Recent reconstruction at crossing points are an important sign of increased attention and have slightly improved the situation. However, the number of crossing points remains insufficient, particularly in the Luhansk region, where there is just one crossing point for pedestrians (vehicles are not permitted to cross). Queues remain long and service centers in the government-controlled area can barely cope with the increased number of people that are referred there. Thirty-four people died at the crossing points during the first half of 2019 alone.

Hostilities and political stalemate have taken a heavy toll on civilians in eastern Ukraine. Their safety and dignity must be protected in line with international humanitarian and legal principles. Progress on these aforementioned items would mitigate the humanitarian impact of the conflict and contribute to rebuilding trust among the parties.

When the Normandy Four negotiations take place on December 9, the concerns of civilians must be placed high on the agenda. If that happens, the result would be positive change for the millions who are still affected by this conflict.