By continuing to use this site, you agree to the use of cookies. Cookies are used to suggest information based on your browsing patterns and to provide us with information about site usage. For more information and to manage these settings, click here
Home > News > Humanitarian needs on the Syrian coast: a forgotten area

Humanitarian needs on the Syrian coast: a forgotten area

Osama Abad is in charge of the Première Urgence Internationale base in Syria. He coordinates work around the coastal cities of Tartus and Lattakia. These rural areas have been hosting millions of Internally Displaced People since 2012, but they are not receiving enough humanitarian aid. 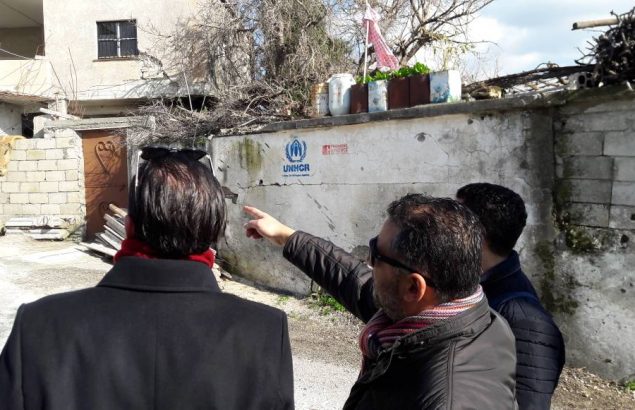 What is the situation now on the Syrian coast?

Between 2012 and 2016, Rural Lattakia had to deal with several offensives that left its roads and infrastructures in tatters. The population suffered a lot at that time and many people left for other cities or neighbouring countries. The area is relatively calm now, apart from the frontline with Idleb, where military operations are still ongoing.

Although the security situation has improved, living conditions are unfortunately very poor. When people return to the villages they had left behind, transport and schools are non-existent. Houses have been destroyed or looted and there is no electricity supply.

What are the humanitarian needs there?

In 2016, the security situation stabilized and populations started to return to their homes. At the same time, people fleeing from other cities such as Idlib settled in the same area, so needs are quite considerable. Although the coastal area has never been at the heart of the media’s attention, silence is even stronger now since journalists lost interest once the main clashes ended and the area very difficult to reach.

As a result, there is less information available on this humanitarian environment, and humanitarian organizations as well as Donors do not have much idea of the needs. In 2016, thanks to its long presence in the coastal cities, Première Urgence Internationale could get access to the rural areas and realized the full extent of the situation. We went on to carry out evaluations and could see that people had suffered huge losses there. 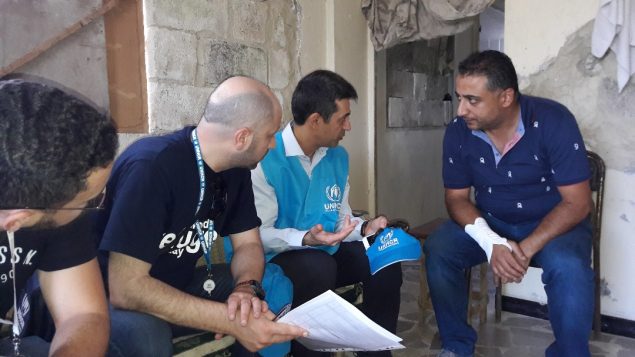 So did we start work in these areas?

Yes, we started to work in the cities in 2013 and then in the more rural areas since February 2017. We started by rehabilitating houses, supplying people with water by installing tanks, and clearing the rubble off the streets. Then we rehabilitated the schools and worked to support people to restart generating an income so that they could feed their families.

Around Lattakia, 263 villages were directly affected by the conflict, so we are trying our best to target the most vulnerable ones, as far as our resources can stretch.

What are the challenges there?

The financial resources we have.This year for example, we have supported a hundred or so families who have returned to the village of Jabul Al Nobah. We have rehabilitated schools and houses, and cleared up debris: what is left of the ruins. But in this village, the people have no access to any medical infrastructure and they have to travel 40km to be able to find this sort of service. We would like to be able to support basic infrastructures and implement more activities that are crucial, but we are unfortunately short of funding.

The media silence about the situation on the costal area means that there is no incentive for the funding that is so vital in this area. Nonetheless, we know that for 2019, we need to be ready for large numbers of refugees and internally displaced persons to return to their home province of Lattakia.