By continuing to use this site, you agree to the use of cookies. Cookies are used to suggest information based on your browsing patterns and to provide us with information about site usage. For more information and to manage these settings, click here
Home > News > Fareshta, medical doctor in Afghanistan

Fareshta is a female doctor who works for the mobile health clinics deployed by Première Urgence Internationale in the city of Herat in Western Afghanistan. She treats vulnerable persons. 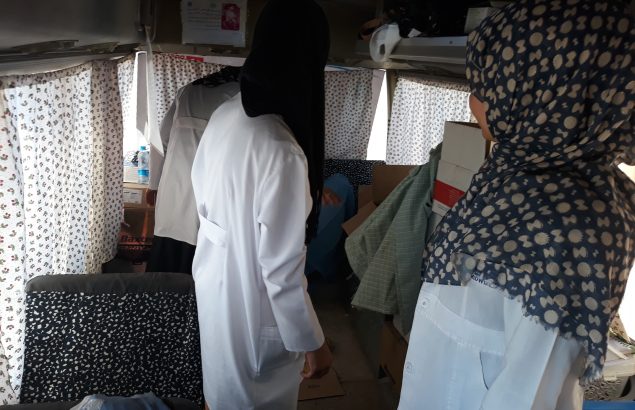 Can you describe the situation in Herat at the moment?

People of different ethnics with different economic status are living here. People living inside the city are comparably having better economic status but those living in the rural areas of Herat are having poor economic condition. Security situation inside the city is satisfactory but it is worse in the rural areas and districts of the province. There were also some security incident reported from the internal displaced people settlements in the city.

Which places are served by the mobile health clinics ?


The services delivery points are identified and selected in committee. The mobile health clinic is composed by a medical team with a medical doctor, a nurse, a nutrition adviser and medical assistants. We move to places according to the medical needs and we coordinate with other local actors. 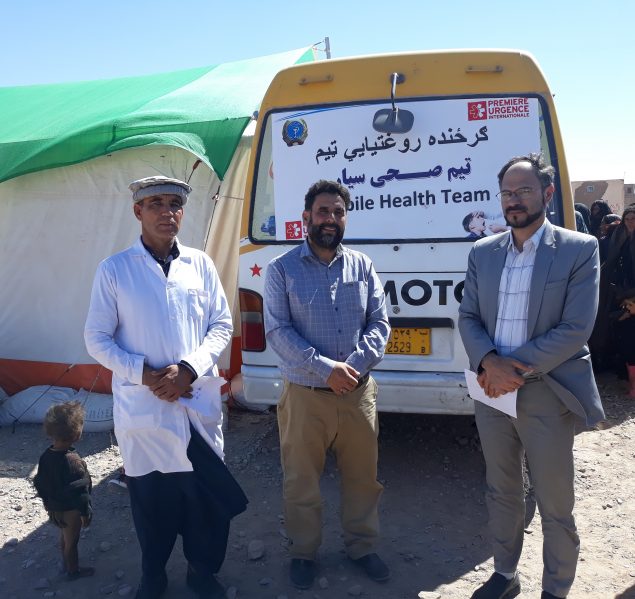 Can you tell me what your typical day looks like?

I am a medical doctor, so mostly I am dealing with the patients and the communities of internal displaced people, especially the neediest displaced populations. First we go to the area, when we reach to the selected place for the medical health team, we arrange the equipment there and then we start providing health services.

The social mobilizer starts arranging the clients and health education is conducted to the patients, and orients the clients about patient flow.

How do you feel working in a medical clinic deployed by Première Urgence Internationale?

Treating people gives me cordial satisfaction, providing services to the deprived people, treating their ailments. These people are the most underprivileged people who have lost everything and they have nothing left, when you offer health services to them and they become improved, then you will feel yourself so satisfied and happy.