By continuing to use this site, you agree to the use of cookies. Cookies are used to suggest information based on your browsing patterns and to provide us with information about site usage. For more information and to manage these settings, click here
Home > News > “The assistance you gave us will help us stand up again”

“The assistance you gave us will help us stand up again”

Première Urgence Internationale in Lebanon is currently implementing activities in Saida, Jezzine and Nabatieh districts, in the South of the country. Première Urgence Internationale has implemented Emergency Cash Assistance (ECA) since 2015.  Through this program, households threatened with eviction following an unplanned event or shock such as a job loss or hospitalisation receive a maximum of US$400 .The aim is to prevent eviction and to give households an opportunity to positively cope with the acute challenges. Here is the story of one of these families. 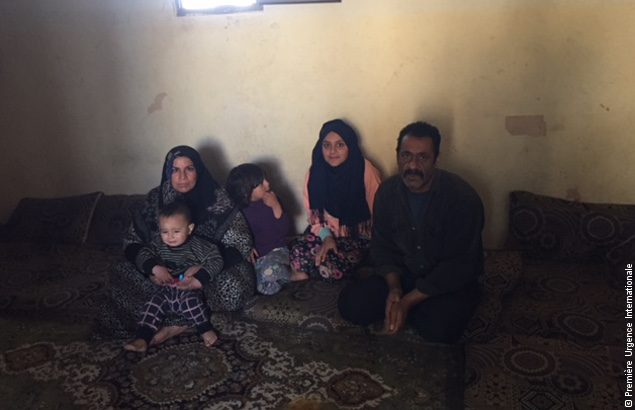 Mohammad* and his family are refugees from Syria. They settled in the village of Kafer Jarra, in South Lebanon at the end of 2011, the first year of the Syrian conflict. Mohammad is 51 and his wife Hanan 44. They have seven children, three boys and four girls. The youngest was born here, in Lebanon.

The family has been living in an abandoned building throughout their six years in Lebanon. It is a common strategy for Syrian refugees in Lebanon who live in substandard shelter conditions to pay less rent. The family’s lifestyle is completely different than in Syria, where they had their own farm and house, and lived from the produce of their land.

“Life is very expensive here. Our priority is always to maintain the payment of our shelter so we are not evicted”, explains Mohammad. “Most of the time, we have only one or two meals per day to reduce our expenses, sometimes, just bread with tea”.

A glimmer of hope ?

At first, Mohammad worked for Lebanese farmers, but now struggles to find job opportunities because of his age and medical condition as most employers prefer to hire younger men. Hasan, the eldest son of 23 years old, also supports the family with his income, yet since he married and started his own family he cannot support his parents as before. The household of nine currently lives on an average of 400 USD per month.

In September last year, because of his poor health condition, Mohammad stopped working. Their 15 year old son had no choice but to take over responsibility for the family’s income and started to work as a delivery boy in the village’s bakery, earning 7 USD/day. While at work on his motorcycle, the child broke his leg, and was unable to work for two months. The additional loss of income put the family in a dire situation. Unable to pay for transportation, two children stopped attending school. The family accumulated two months of unpaid rent and faced eviction.

From word of mouth, Mohammad came to know Première Urgence Internationale’s support for households like his. He reached to the association to explain his situation and ask for assistance. Two weeks after his call, the family was assessed by Madleen, Protection Officer, and the case was selected to receive ECA. 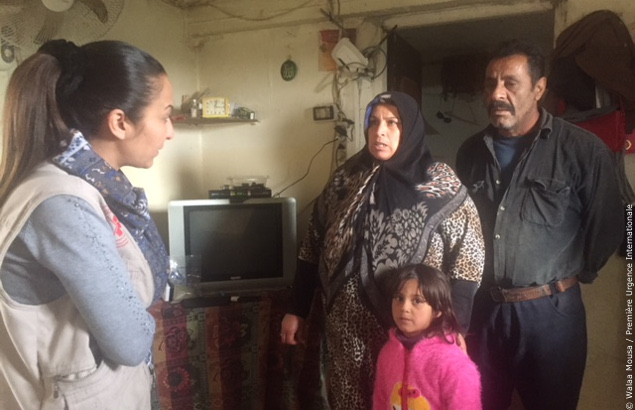 Madleen, protection officer, interviewing the mother, the father and their daughter

When they received the money, Mohammad and Hanan decided to give the whole amount to the shelter’s owner. “We consider our rent as our priority. And we also wanted to release our fear of being evicted”.

“You really saved us from the shipwreck” reported Hanan “and you made us feel that there is hope and attention for us. The assistance you gave us will help us stand up again”. 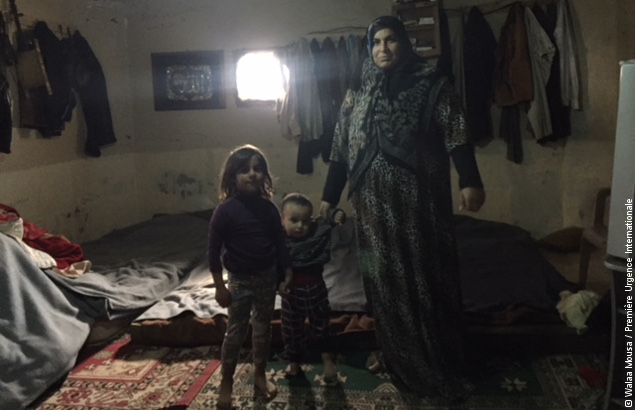 Hanan and her grand-sons standing in the kitchen

Fortunately, the ECA support allowed the family to recover from the emergency, and their situation has now stabilised. They have no late rent anymore and can stay in their home. Mohammad is now working intermittently, his son is fully recovered and works in the bakery shop again, and the two other children are back to school. But because their budget is still tight, Hanan and Mohammad recently planted some vegetables in the garden to increase the quality and quantities of the household’ meals. They expect to eat them during the summer.

This activity is financed by the United States Department of State’s Bureau of Population, Refugees and Migration (BPRM)