By continuing to use this site, you agree to the use of cookies. Cookies are used to suggest information based on your browsing patterns and to provide us with information about site usage. For more information and to manage these settings, click here
Home > News > South Oubangui: “the zone faces a chronic under-development”

The Democratic Republic of Congo (DRC) has faced an influx of Central African refugees since 2013. In South Oubangui, refugees crossed the Oubangui River long ago to settle among the Congolese populations. Première Urgence Internationale has been working in the country since 2001. Benoït Ralu is “multisector approach” project manager. He explains what this approach brings to the project. 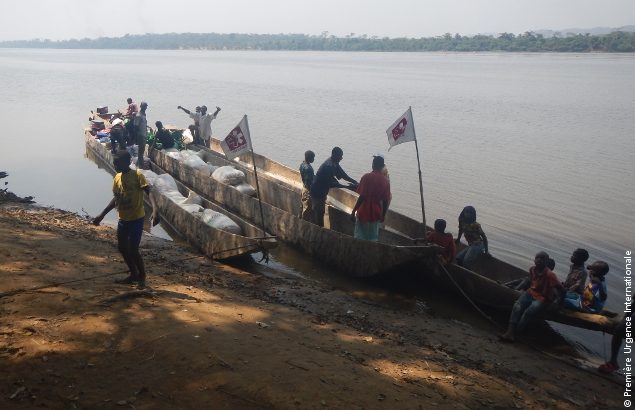 Who are the populations affected by the refugee crisis in the DRC?

“In 2013, the new outbreak of violence in the Central African Republic (CAR) between different militias and armed groups led to massive population leaks. Political instability has spread in the country and violence is intermittent. Since then, there have been regular movements of Central Africans crossing the Oubangui River – the river that serves as a border between the CAR and the DRC – to seek refuge by their Congolese neighbours. There are currently more than 100,000 Central African refugees in the DRC, mainly in the regions of North and South Oubangui and Bas-Uele. (1)

This proximity has other unexpected consequences too. There are more and more crossings of populations from the DRC who, for lack of assistance and lack of food, cross to the other side to recover food in the CAR’s abandoned fields. Many make regular trips between DRC and RCA.

What types of needs are there in South Oubangui?

The general finding is chronic underdevelopment. Agricultural production is much too low, which has a negative impact on populations’ nutrition and food security. There is also a problem of access to basic services, in addition to an economic isolation and a lack of available infrastructure. However, it is an area that knows few security problems, which “facilitates” our intervention.

From that observation and the possibility of setting up a long-term resilience strategy, we decided to develop a multi-sectoral project in the area.

A multisector project, what is it?

A multisector project is, as its name indicates, a transversal project that covers several sectors. For example: health, nutrition, food security, camp management, water, hygiene and sanitation etc. Through a multi-sectoral project, our responses in each of these areas will be coordinated with each other. Thus, an intervention in one sector will reinforce the other actions on other sectors, allowing a virtuous circle. 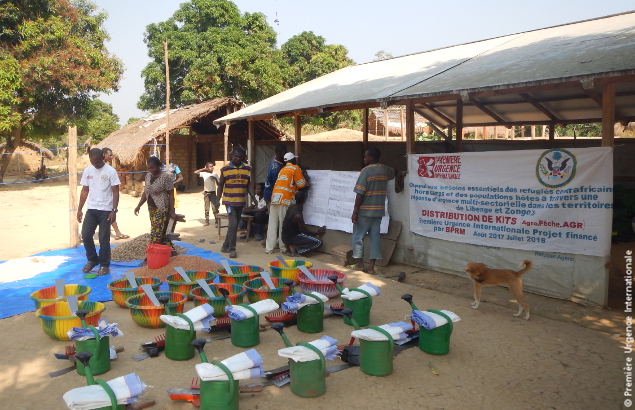 How is it going to help the populations?

We are on a crisis in South Oubangui which is no longer an emergency crisis but a crisis of recovery assistance. To best help them, an approach that takes into account all the needs of the population is needed. Each improvement in one sector has a positive impact in others and makes it possible to respond more fully to needs. This allows us to reduce vulnerability and create “long-term” recovery and empowerment dynamics.

Concretely, in this zone, we try both to reinforce the existing structures – agricultural, roads, etc. – and also to rebuild the livelihoods of the local and refugee populations. We work mainly off-camp with the objective of providing a response based on a community approach. We consider people in terms of vulnerability and not in terms of status. In other words, we do not focus solely on helping people because of their refugee status, for example. We will provide support to all populations with significant vulnerabilities. Our actions therefore help local populations and refugee populations in the same way according to their needs and to create regional recovery dynamics. ”

(1) About 103,000 Central African refugees settled in the provinces of North and South Ubangi as well as in Lower Uele were registered by UNHCR.
Source: http://www.unhcr.org/afr/news/press/2017/8/599306d14/thousands-flee-insecurity-central-african-republic.html