By continuing to use this site, you agree to the use of cookies. Cookies are used to suggest information based on your browsing patterns and to provide us with information about site usage. For more information and to manage these settings, click here
Home > News > Colombia: Solidarités International and Première Urgence Internationale take action

The current Venezuelan crisis and the massive exodus of people from neighbouring countries has alerted both NGOs. Colombia, the leading host country for Venezuelan refugees, faces the challenge of meeting the primary needs of the populations on its territory. 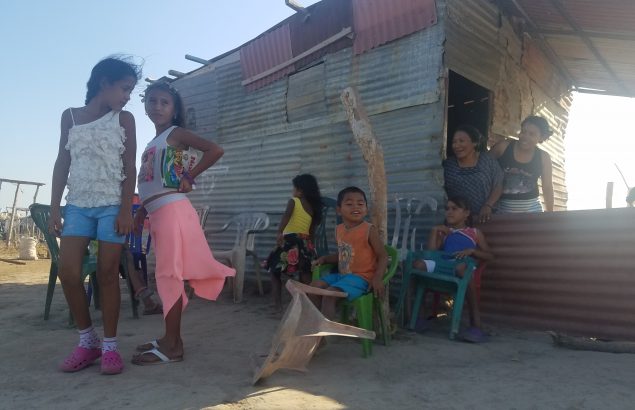 For several months, the Solidarités International and Première Urgence Internationale teams have been jointly monitoring the arrival of more than 1.2 million Venezuelan refugees in Colombia. Subjected to this massive influx of populations, the country’s infrastructure, particularly in terms of healthcare, would today be unable to meet the rising needs.

To assess the situation and prepare for the possibility of an intervention. The both NGOs launched a joint exploratory mission in January 2019. Particularly in the regions of Barranquilla, on the Caribbean coast, and Bucaramanga, a transit city near the Venezuelan border.

Camille Niel, representative of the exploratory mission for Solidarités International and Première Urgence Internationale in Colombia, explains the situation of Venezuelan refugees and the NGOs’ objectives to meet the needs.

The populations considered most at risk are the caminantes. More specifically people still moving across Colombian territory. They who seek to reach areas likely to host them, even if it means crossing borders to Peru or Ecuador.

With your support, we will be able to accompany the Venezuelan refugees

Today, the both NGOs are seeking funding to open a joint mission. Which would make it possible to propose an emergency humanitarian response. In the coming months, Solidarités International and Première Urgence Internationale hope to be able to deploy teams. In order to meet priority needs in water, sanitation and hygiene, health and psychosocial support, among others.