By continuing to use this site, you agree to the use of cookies. Cookies are used to suggest information based on your browsing patterns and to provide us with information about site usage. For more information and to manage these settings, click here
Home > Press > Cameroon: International NGOs call for immediate scale-up amid soaring needs in Far North Region

Relentless attacks on civilians, large scale floods and the impact of the COVID-19 pandemic are exacerbating an already critical humanitarian crisis in Cameroon’s Far North. International NGOs active in the region are calling for a drastic scaleup of the humanitarian response to address the needs of the most vulnerable. 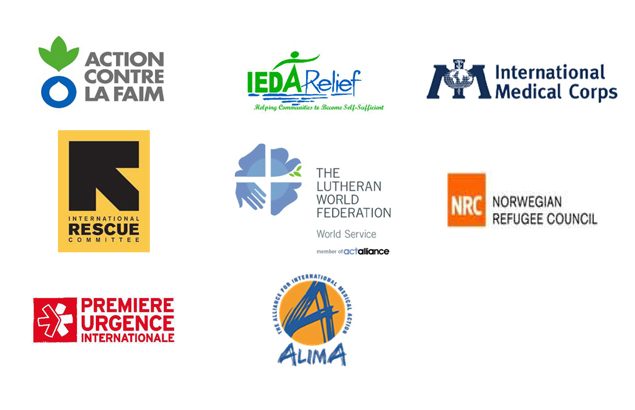 “Survivors are forced to flee, leaving everything they own behind to save their lives. Most of them have no place to sleep and almost no access to water and health care” says Fabienne Mially, from Première Urgence Internationale, lead of the Rapid Response Mechanism in the region. “It is unacceptable that people who went through so much violence and despair are not receiving the support they need.”

To date, the conflict in this region has resulted in the forced displacement of just over 321,886 Cameroonians and 115,000 Nigerian refugees. More than 30,000 people have lost their lives as a result of the violence.

« I had to flee one year ago when my village was attacked. I have seen how they have barbarously killed some members of my family and those images are still vivid in my mind. I have lost sleep due to the nightmares” says Fatima, 34 years old and pregnant. “I am alive for sure, but I can hardly feel alive”, she added.

In addition to these attacks, the Far-North region has experienced very heavy rains in the past weeks, resulting in largescale floods, damaging and destroying houses, cultivated areas, roads and bridges and further reducing the access to services while emergency needs are on the rise in terms of shelters, medical care, protection and food security.

Underpinning this, is the COVID-19 pandemic which has also led to significant loss of jobs and incomes in this region, marked by poverty, very limited access to social services and the prevalent insecurity.

International NGOs are providing lifesaving assistance to populations affected by the multi-faceted crisis according to the principles of humanitarian action: humanity, impartiality, neutrality and independence. INGOs remain committed to deliver principled assistance to all civilian populations affected by the on-going crisis based on need and without discrimination, in order to save lives. We call for the protection of civilians, the respect of humanitarian principles and for an adequate response to humanitarian needs. Lifesaving activities must be facilitated through unrestricted access to population in need and resources must be diligently mobilized to address the needs of the most vulnerable ones.

CHRONICLES FROM THE FIELD - Special issue #4

6 October 2022 |  Publications
Discover our emergency interventions in Afghanistan, a country where the needs were already great and where the health system collapsed following the arrival in power a year ago of the Islamic Emirate of Afghanistan. You will also find our actions in Myanmar/Burma where a distribution of menstrual panties took place on the occasion of the World Menstrual Hygiene Day on May 28, 2022. Also, in Poland, you will see that Ukrainian refugees have joined the international first emergency teams.
All publications
Follow @R_2_P_H