By continuing to use this site, you agree to the use of cookies. Cookies are used to suggest information based on your browsing patterns and to provide us with information about site usage. For more information and to manage these settings, click here
Home > News > BURKINA FASO: DEPLOYMENT OF AN ADVANCED HEALTH POST IN SEBBA

BURKINA FASO: DEPLOYMENT OF AN ADVANCED HEALTH POST IN SEBBA

The security context continued to deteriorate in Burkina Faso during the year 2021, and the town of Sebba, in the Yagha province in the Sahel, remains the target of multiple armed attacks against the civilian population. The population movements generated by these acts destabilize the town and put great pressure on the health sector. Following the attack on the village of Solhan, Première Urgence Internationale was able to mobilize in order to set up an advanced health post (AHP) capable of responding to the needs of vulnerable populations in terms of both health and nutrition. 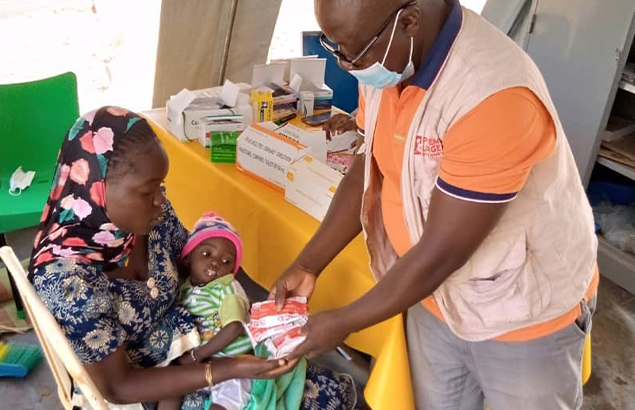 The deterioration of the security situation in Burkina Faso in 2020 continued and intensified in 2021 with an increase in incidents between radical armed opposition groups (GOAR) targeting the defense and security forces (FDS), the Volunteers for the Defense of the Fatherland (VDP), and the Koglweogo (self-defense groups), as well as incidents against civilians throughout the country.

The municipality of Sebba, like other localities in the Sahel region, has been subject to intimidation and attacks by armed groups. An unclaimed deadly attack occurred during the night of June 4-5, 2021, in the village of Solhan, 15 km from Sebba, killing approximately 130 civilians and wounding about 40 others (admitted to the Sebba Health and Social Promotion Center (CSPS). This major attack generated population movements to several host areas, putting extreme pressure on basic social services such as the health system. Faced with such a situation, the Première Urgence Internationale team quickly mobilized to implement protection and health actions for the newly displaced and most vulnerable people. 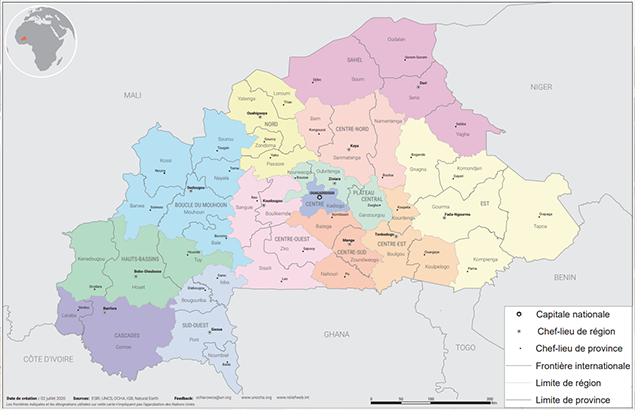 According to several organizations (NGOs, INSO, UN agencies), this deterioration of the context should continue in 2022.

Indeed, the geographic location of Yagha province (near the Malian and Nigerien borders) makes it an easily accessible location for various radical armed groups while remaining the scene of community and intercommunity (agro-pastoral) conflicts against a backdrop of political rivalries and repositioning.

After consultation with the GCORR (Groupe de Coordination Opérationnel de la Réponse Rapide), the health-nutrition cluster, as well as with the NGOs working in the commune of Sebba, who were able to highlight the lack of positioning of other partners in Health and Nutrition; and following the approval of the health authorities (Regional Health Directorate, Sebba Health District), Première Urgence Internationale deployed an advanced health post (AHP) on June 14, 2021 with a team composed of a doctor, two nurses, a midwife and a psychosocial agent. The target population includes internally displaced persons and the most vulnerable guests, including children under five and pregnant and breastfeeding women. 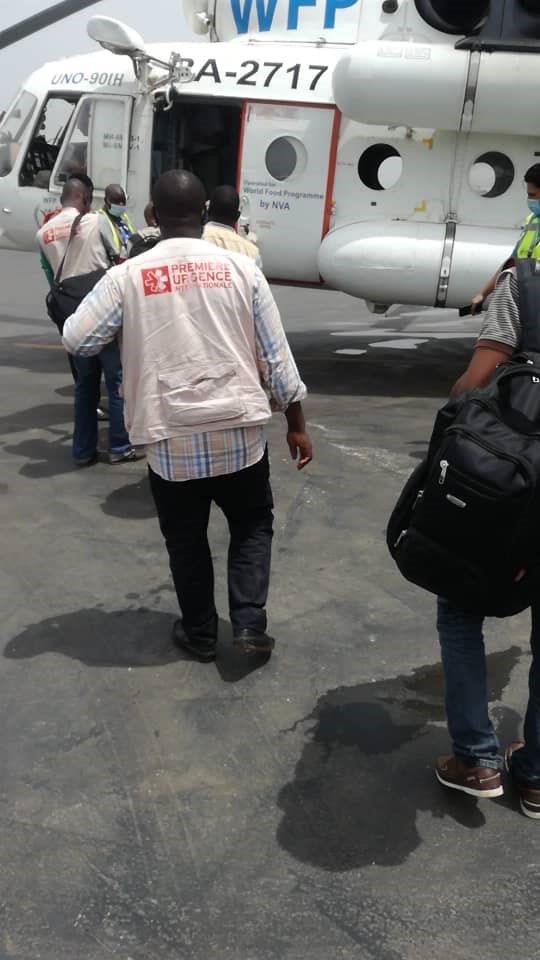 Originally, the Première Urgence Internationale team was to be deployed in the city for three weeks, but after an evaluation of the needs and a request from the health authorities, the activities of the advanced health post were maintained until the end of December 2021; thanks to the support of the European Civil Protection and Humanitarian Aid Operations (ECHO). 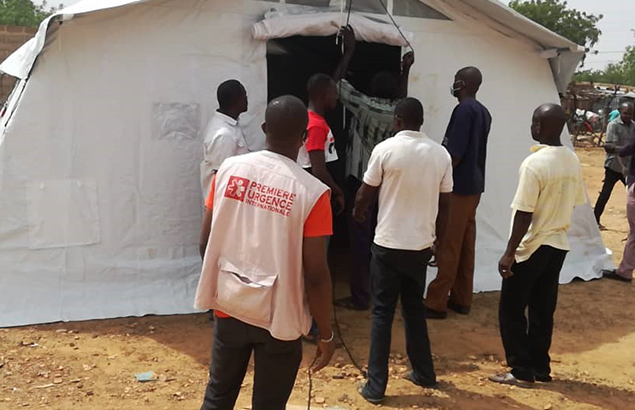 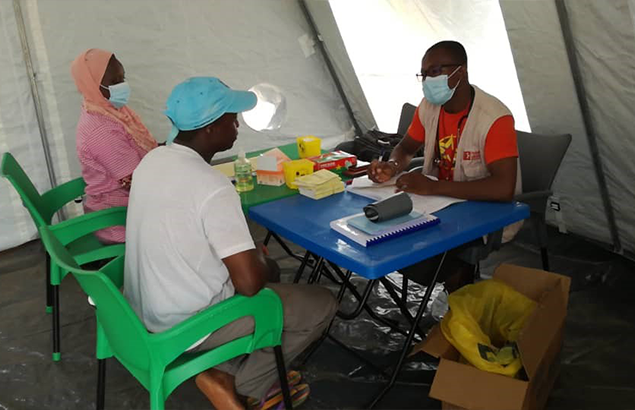 The actions carried out by the advanced health post follow an integrated approach and are in line with national guidelines for responding to health emergencies due to insecurity. They mainly cover the health and nutrition sectors: 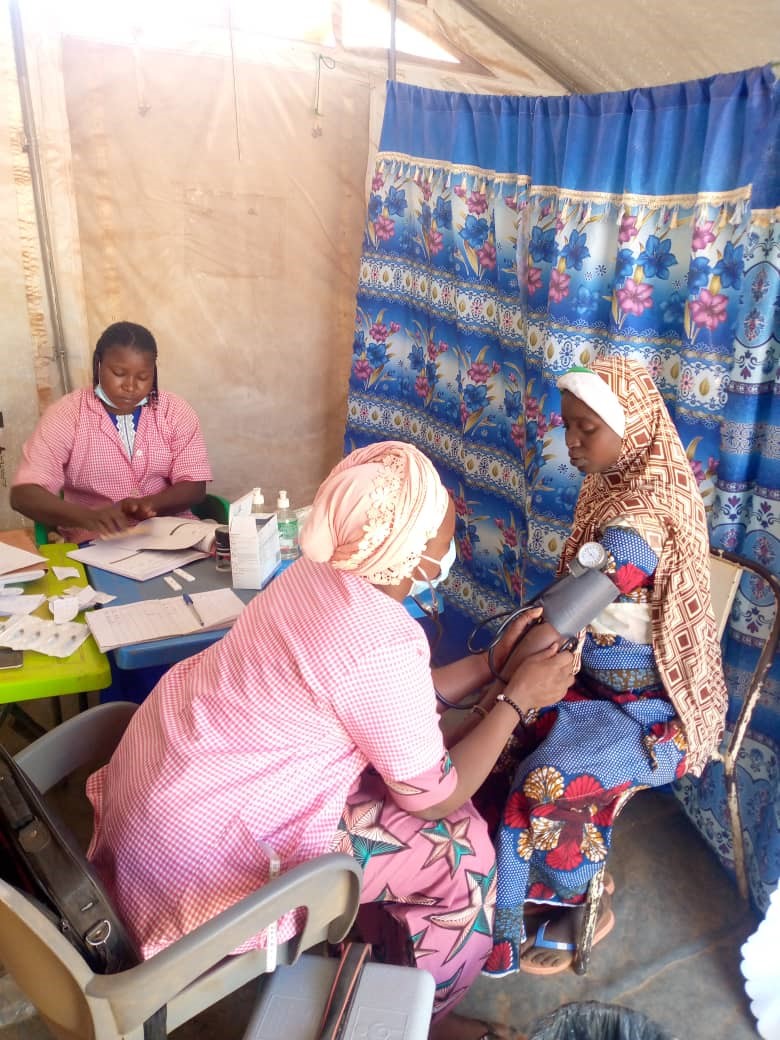 334 patients were referred to the advanced medical center of Sebba for appropriate care. It should be noted that each week, Première Urgence Internationale pays the Health and Social Promotion Center all the consultation fees according to the consultation price scale, to avoid shortfalls in the structure.

Each curative consultation is coupled with malnutrition detection for children aged 6 to 59 months. Mothers are advised and sensitized to good care and feeding practices for infants and young children. In addition, they are provided with a “MUAC” (mid-upper arm circumference) bracelet to measure the circumference of their arm and thus monitor the evolution of their child’s illness at home. Depending on the child’s state of health, either ready-to-use therapeutic food is distributed, or a referral to a structure (health center or advanced medical center of Sebba) is organized and taken care of by Première Urgence Internationale.

From June 2021 to January 2022, 973 people participated in the cooking demonstration sessions. These workshops allow Première Urgence Internationale to prevent malnutrition in children by promoting local, seasonal and accessible food at a lower cost.

During these sessions, mothers are particularly sensitized to child malnutrition (causes, consequences and means of prevention), to good hygiene practices, etc. by community-based health workers. 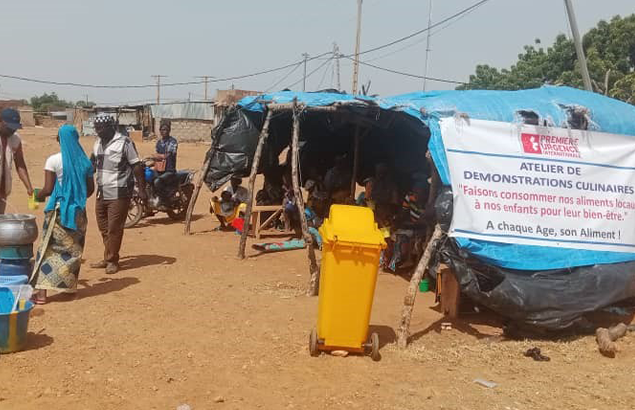 SUPPORT FOR THE ADVANCED HEALTH POST OF PREMIÈRE URGENCE INTERNATIONALE 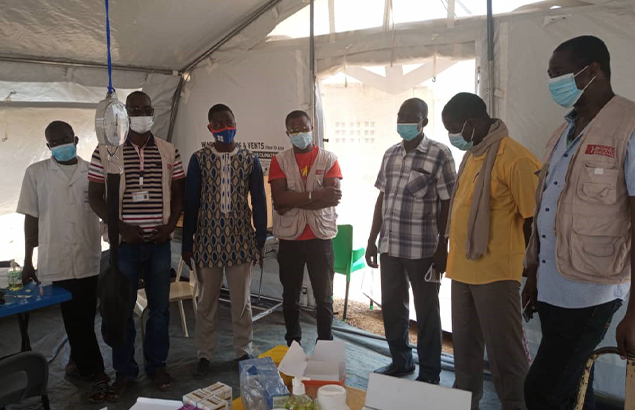 Thanks to regular meetings, Première Urgence Internationale and the health authorities (Regional Health Directorate, Health District) are in close contact for the management of the advanced health post and the activities carried out within it. Indeed, the health authorities are always consulted to ensure their agreement and acceptance of Première Urgence Internationale in the area.

The deployment of this advanced health post in Sebba as well as its maintenance have been made possible thanks to the financial support of the Civil Protection and European Humanitarian Aid Operations (ECHO) through a project that covers the Sebba Health District as well as the eastern region of Burkina Faso. Since the beginning of 2022, support from Crisis and Support Center of the French Ministry of Europe and Foreign Affairs (CDCS – Centre De Crise et de Soutien)  has allowed activities to continue. These funds may be supplemented with a possible renewal of support from the European Union (ECHO).