By continuing to use this site, you agree to the use of cookies. Cookies are used to suggest information based on your browsing patterns and to provide us with information about site usage. For more information and to manage these settings, click here
Home > News > Burkina Faso: assistance to the population affected by violence

Burkina Faso: assistance to the population affected by violence

With 20 million inhabitants and a surface about half the size of France, Burkina Faso is facing a major humanitarian and security crisis because of the regional instability that takes place in Sahel. This crisis has caused the displacement of more than one million people today (5% of the population) which is equivalent to three million people, compared to a country like France. Première Urgence Internationale brings assistance to the populations in Burkina Faso. 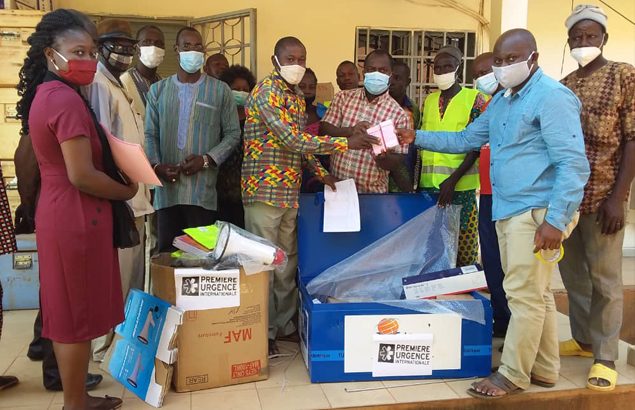 At the early 2019, the displaced were less than 50 000 but the country has been through a degradation of its security situation during 2020. The main region affected by this are the Sahel, the North, the center-North, the « Boucle du Mouhoum » and also the East regions. The CONASUR – National Council of Emergency Relief and Rehabilitation- has observed in September, an increase of 2.11% compared to their latest publication in July. Première Urgence Internationale brings assistance to the populations affected in Burkina Faso.

The critical context of COVID-19 pandemic has slowed the launch of many activities, but despite this aspect Première Urgence Internationale was there to set up the implementation of many projects to provide support to the healthcare system. These actions aimed to maintain the continuity of care in the health district of Fada, a region located in the East.

Première Urgence Internationale supports populations regarding the access to healthcare thanks to the establishment of mobile clinics, or even assist the regional referral hospital, of Fada and 6 other Health and Social Promotion Centers. This support was about the improvement of facilities regarding water, hygiene and sanitation.

Most of the displaced live in precarious conditions: the access to water, to basic human rights, and to food are restricted. According to OCHA, the Office of the Coordination of Humanitarian Affairs, nowadays, more than 2 million people are described in need and more than 54% of the displaced are homeless or do not have decent shelter.

Due to the upsurge of violence against civilians and because of many armed attacks, the medical staff have started to run away. Out of 1369 health facilities (health center, hospitals, etc.): 95 are closed and 199 are operating at least in the 6 priority regions.

In addition, the urban host centers of the internal displaced are under a significant pressure regarding the healthcare system. Mainly in areas which the population has increased by 150%.

Also, a polio pandemic was officially declared in Burkina Faso in 2020.

Polio or poliomyelitis is a very contagious viral infection that affects mainly children. The virus is spread around through water or food contamination. And after multiplying in the intestine, it invades the nervous system.

« The health system is being put to test because of the crisis, and the affected populations have seen their access to care decrease or even disappear in some areas. As a result, the population is not able to take proper care of itself, thus seeing its state of health and its resilience to diseases deteriorated.

It is therefore necessary to provide support to the health system in order to be able to address the influx of needs, while filling in the gaps with emergency responses (mobile clinics for example) ».

Intervening to care for the most vulnerable 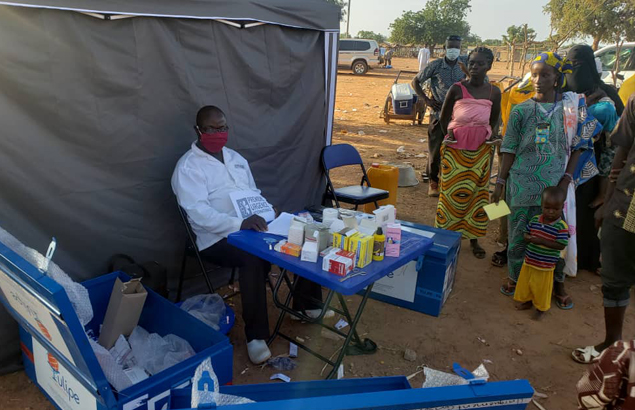 Alerted by the rapid deterioration of the Burkinabe context, Première Urgence Internationale carried out several needs assessments in the Eastern region of Burkina Faso between December 2018 and November 2019. In the face of the worrying militarization of the region, the resulting reduced access of the population to health centers and the low presence of health actors, the organisation has decided to intervene in the health district of Fada N’Gourma, in the Eastern region, to guarantee free access to quality care for populations affected by the crisis.

The mobile clinic is deployed in the area where access to care is either lost or under very strong pressure due to the influx of displaced people. The mobile clinic provides primary care to the populations and refers to the regional referral hospital the most serious cases that cannot be managed by the clinic. About a hundred consultations are carried out every day by the clinic.

In the event of a sudden shock in the region (displacement of populations), a mobile clinic specifically allocated to the emergency response is deployed by Première Urgence Internationale in order to provide an immediate health response.

To support the health system the NGO trains the staff of the regional referral hospital, of Fada and the 6 supported health centre while providing medical equipment (delivery boxes, dressings, devices to measure the tension, otoscopes, etc…) and medicines. In addition to this support, Première Urgence Internationale is intervening to rehabilitate access to water and sanitation facilities and provide hygiene equipment for the prevention and control of epidemics.

A response in an instable security environment

Première Urgence Internationale is working in the health district of Fada in the Eastern region, which today is the region where humanitarian access is considered the most complex. The presence of radical armed groups and their actions in front of the regular armed forces make the humanitarian space increasingly limited, and threats to humanitarian personnel increasingly.

This context requires Première Urgence Internationale to develop strong acceptance and mitigation strategies to intervene as close as possible to the populations.

People at the heart of interventions

People are at the heart of Première Urgence Internationale response. Initially, for the choice of intervention areas, during the various needs assessments, the representatives of the population, namely the village heads, the management committees and the local elected officials (mayors and president of the district council) been consulted.

Since the management of primary health care in Burkina Faso is community-based, the Management Committees were privileged interlocutors during the planning of activities and the implementation of the project.

All these activities are implemented by Première Urgence Internationale with the support of the European Union through DG ECHO (Directorate-General for European Civil Protection and Humanitarian Aid Operations), the French Ministry for Europe and Foreign Affairs’ Crisis and Support Centre , Tulipe and the Sanofi Espoir Foundation.