By continuing to use this site, you agree to the use of cookies. Cookies are used to suggest information based on your browsing patterns and to provide us with information about site usage. For more information and to manage these settings, click here
Home > News > “Before the construction of new shelter, I was exposed to bad weather”

“Before the construction of new shelter, I was exposed to bad weather” 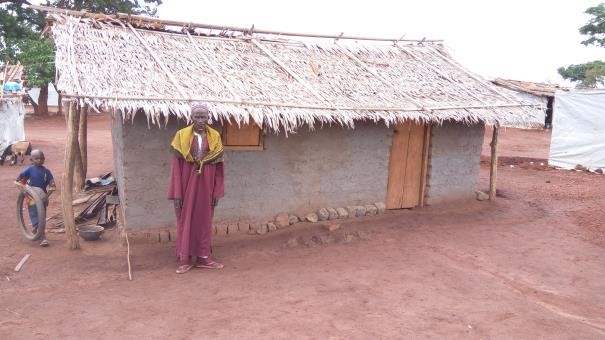 Located in the East of Cameroun, Timangolo is one of the seven Central African refugees’ camps in the regions of the East and of the Adamawa region. It currently hosts more than 6.000 people. Yougouda Gambo, a 68-year-old man, is one of the community leaders. He is indeed an authority figure in the community and therefore is highly involved in the activities of the NGOs that are on the site and which are frequently consulted.  He then represents the community in participating both in the gathering and in the spreading of information, in particular within the framework of raising awareness activities. He also beneficiated from the project implemented by Première Urgence Internationale.

In the Central African Republic, Yougouda used to live in a shelter made of mud bricks with all his family composed of 19 children and 4 wives. This Central African was a major cattle rancher: His herd overcame more than 1.000 cows. He also farmed in addition to this activity and so reached to cover his family’s needs.

Yougouda fled from the Central African Republic in 2014 and took refuge in the site of Timangolo in Cameroun with one of his wives and eight of his children. His other children settled in other refugees’ sites in Cameroun, where many of his daughters got married. Yougouda received two shelters made of tarp for him and his family when he arrived at Timangolo. But the two shelters quickly deteriorated and exposed the inhabitant to bad weather. 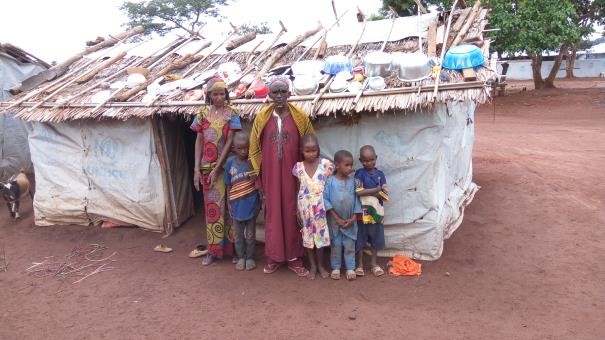 To offer a sustainable shelter to Central African refugees

In 2016, Première Urgence Internationale provides him with a sustainable 20m2 shelter made of mud bricks. Given his age, Yougouda beneficiated from this sustainable shelters construction in priority. Today, he estimated that this new shelter changed his life in this refugees ‘camp: “before the construction of my new shelter, I was constantly exposed to bad weather. The dilapidation of the tarp shelters did not allow us to be protected from the bad weather. Today, I feel good in my sustainable shelter in out of the cold but also in safety as my shelter disposes of a door that I can lock.”

Cameroun, a land of asylum for Central African populations

Inter-community tensions, socio politic crisis… Many Central African refugees must stay in Cameroun because of the instable context of their country of origin. However, their conditions of living remain very worrying particularly because of their lack of livelihood. In front of this situation, Première Urgence Internationale developed a project of support and of assistance to this refugees populations in Cameroun.

More than 10.000 people benefit from this project combining agriculture and economic renewal activities both in the refugees ‘site and in host villages, as well as construction and rehabilitation of shelters activities at the level of refugees camps. The objective of this project is to answer the multiple daily needs for the populations.

This project is financed by the DG-ECHO