By continuing to use this site, you agree to the use of cookies. Cookies are used to suggest information based on your browsing patterns and to provide us with information about site usage. For more information and to manage these settings, click here
Home > News > FOR A DOCTOR IN SOUTHERN IRAQ, NO TWO DAYS ARE THE SAME

FOR A DOCTOR IN SOUTHERN IRAQ, NO TWO DAYS ARE THE SAME

Doctor Taha Alaa is head of health coordination for Première Urgence Internationale in central and southern Iraq. He talks to us about his days out in the field, which are never the same twice. 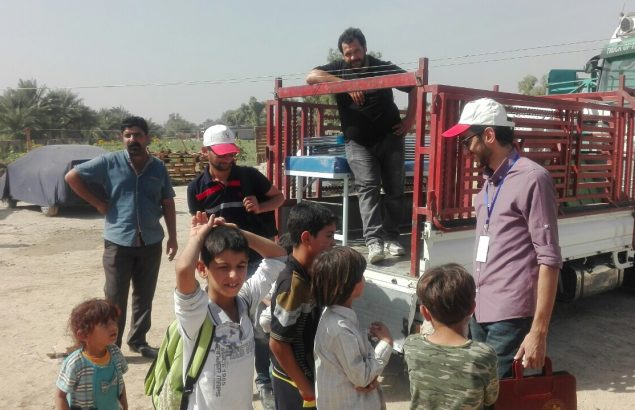 “A typical day? There’s no such thing at Première Urgence Internationale!” Dr. Taha Alaa exclaims, when we ask. Doctor Taha Alaa is head of health coordination for Première Urgence Internationale in central and southern Iraq. Even though his days always start at 8am precisely, that is where their similarity ends. There is no routine, and that’s how Dr Taha Alaa likes it, even if each day brings its own challenges. “When I go to western Anbar, I have to travel a long way in a fairly complicated security context. Sometimes improvised explosive devices have been planted on the roads.” 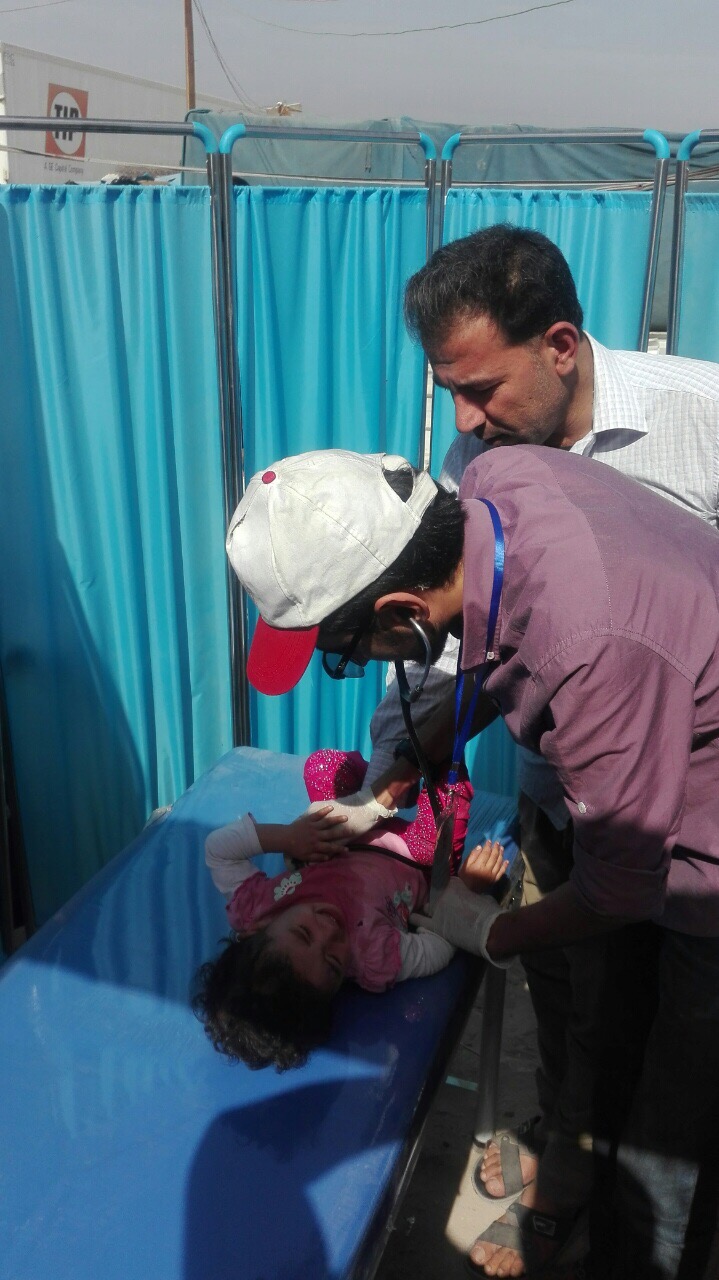 Dr. Taha describes western Anbar, the largest and most western Iraqi province, as “a big desert with a few scattered towns”.  In 2017, when this area was recaptured from Islamic State, the Iraqi authorities found devastated towns with countless improvised explosive devices concealed throughout them. Première Urgence Internationale carried out a needs evaluation in the province at the end of 2017. Dr. Taha was part of the team that went out into the field: “I will never forget that needs evaluation. There was no functioning health infrastructure. It had all been destroyed or taken. Primary health and mental health needs are considerable. It was in western Anbar that I realised to what extent people were depending on us, and how indispensable our work is.”

“I LIKE GOING OUT IN THE FIELD, ESPECIALLY IN WESTERN ANBAR”

Dr. Taha has been working for Première Urgence Internationale for two years, and what he likes best is going to see people, at ground level: “I really like going out into the field, especially in western Akbar where I feel very useful. I prefer this approach to office work.” Dr. Taha is now in charge of coordinating the medical aspects of the Iraqi mission in southern Iraq. He runs team evaluations, trains staff and coordinates the medical team’s members’ roles. “In western Anbar, a mobile clinic with medical staff is used in more inaccessible villages, and in areas that are not covered by the health infrastructures.” 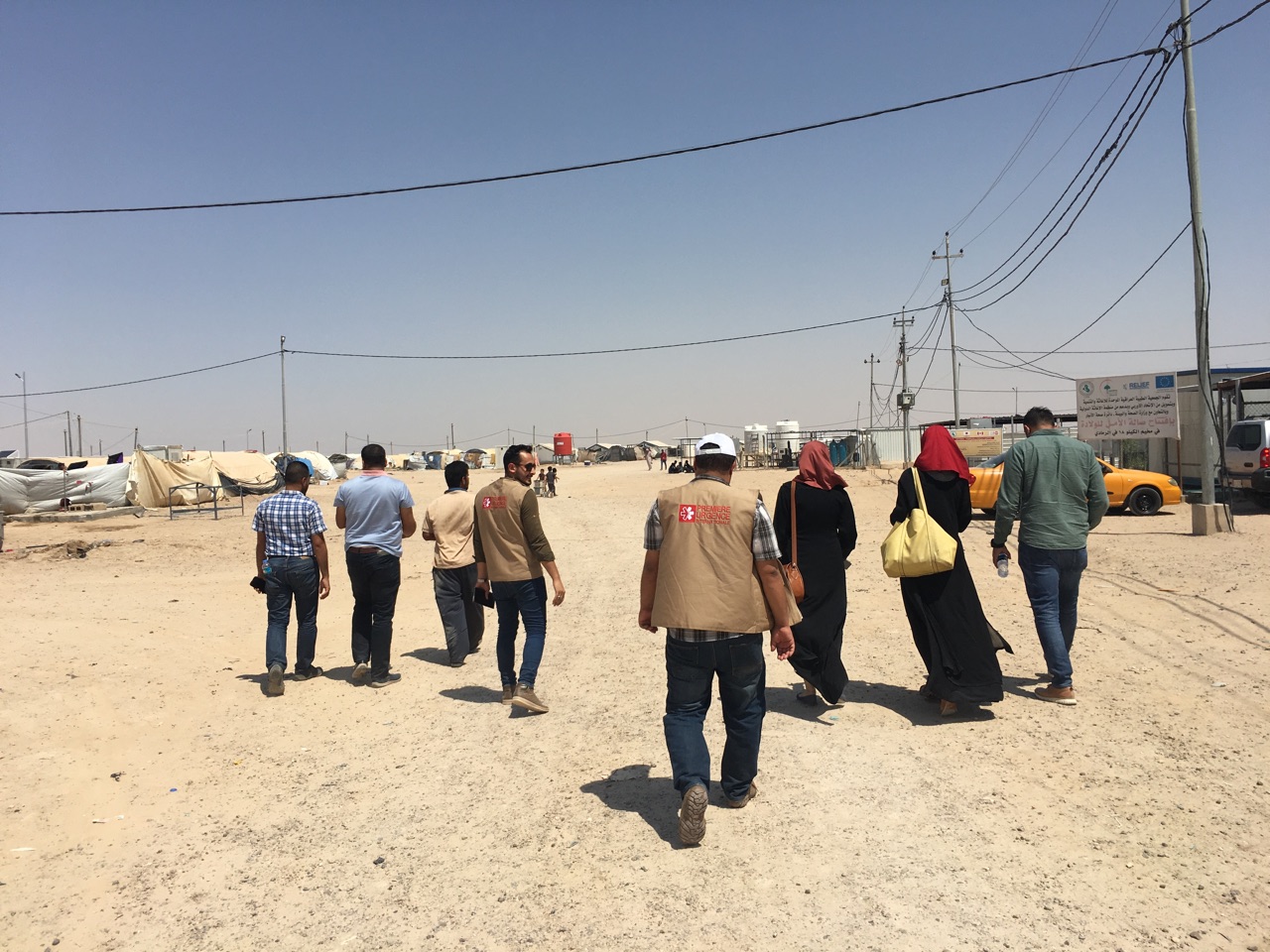 THE CITY OF RAMADI: MUCH MORE PEACEFUL NOWADAYS

Before focussing on needs throughout western Anbar province, Dr. Taha did a lot of work in the city of Ramadi, the province’s capital. “I spent a lot of time talking to the Mukhtars (community representatives) to gain an understanding of their needs and to gain access to the people. I managed to give lots of people medical training.” Islamic State left Ramadi two years ago. The city of more than 350,000 inhabitants is gradually being rebuilt and is returning to normality. “Ramadi is much more peaceful for its inhabitants.”

At 5pm, Dr. Taha’s day is done. “That’s when I like to spend a moment with my colleagues. There’s a lovely atmosphere, and we can relax and share everything we’ve been through during the day before going home to our families and loved ones. It’s really important!”