By continuing to use this site, you agree to the use of cookies. Cookies are used to suggest information based on your browsing patterns and to provide us with information about site usage. For more information and to manage these settings, click here
Home > News > Working in Afghanistan: between insecurity and team spirit

Working in Afghanistan: between insecurity and team spirit

With Première Urgence Internationale, Marko spent one year in Afghanistan, working as Field Coordinator in the Eastern region of the country. Recently returned from Jalalabad, he shares his impressions about the NGO’s oldest mission, full of challenges and unexpected discovery. 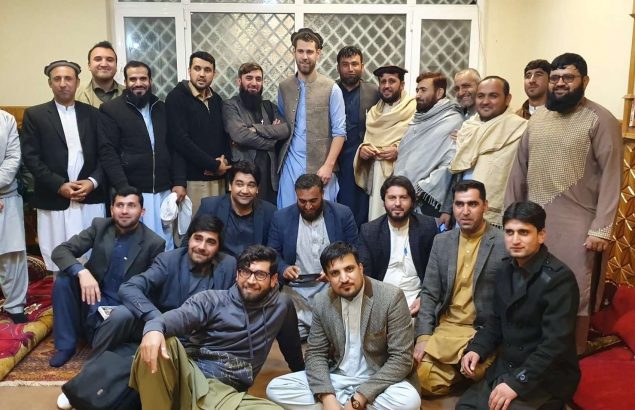 Marko already had previously field experience as a humanitarian, working on the refugee crisis in the Mediterranean in Greece and Malta, as well as in South Sudan- the latter of which he worked with Première Urgence Internationale. These are all very different humanitarian contexts, which helped him to evolve and grow professionally. But Afghanistan was unlike anything he’d experienced before.

“The main difficulty in working there is of course the security context. Access to field sites is highly restricted and simple movements between Kabul and Jalalabad, or even within the city, require careful planning”, Marko notes. This means that most of the work has to be done in close collaboration with the national colleagues. “Fortunately, we have very competent national staff that monitors the work where we often cannot. A lot of the technical coordination in the region is done by them as well. The national staff in Afghanistan is educated and has many years of working experience, both within Première Urgence Internationale and the region, so their consistent presence gives the mission strength and reinforces institutional memory”.

“The conflict is highly unpredictable”

“Afghanistan’s Eastern region has a very particular context marked by the high number of actors and stakeholders. Regarding armed opposition groups, there are over a dozen besides the ones that we all know. This multitude of forces makes the conflict highly unpredictable. The different players in the region (from weapon-bearers to smugglers) all showcase some level of opportunism and often play multiple sides. But this is what makes working here so complex and interesting!”

The Field Coordinator is a generalist position; keeping an overall overview of the interventions is what makes the role so fulfilling. “I was the link between the field teams, the staff of the two bases, coordination in Kabul, and sometimes headquarters. You work on a mix of data analysis, security management, projects, logistics, administration and finance. You need to map out how, where and when different components interlock. You need to know a bit of everything”, Marko says. “This can be quite challenging, but for me this is the most interesting and diverse position in a humanitarian mission.”

Speaking about relationships with local staff, Marko holds a very positive view. “The connection with the national staff is very valuable. The staff in the Afghanistan mission are really loyal, dedicated to their work”, Marko says. “The difference between expats and national staff was often irrelevant”.

About Afghan society, Marko says: “Even after 40 years of war, Afghan social fabric is still very strong and the local values of hospitality and generosity are still very much intact. This is a testament to the resilience and strength of the Afghan people, as well as their rich culture. Afghans are really warm people and welcoming. In a difficult security context like this, you have to trust people with your life. With this team; I was really comfortable doing so”.

In 2020, Première Urgence Internationale will mark its 40th anniversary in the country: multiple staff members have more than a decade of experience in the mission. Marko remembers: “This year we sadly lost Dr. Shah Mahmoud, who negotiated humanitarian access and mobilized communities. He worked with us for almost 25 years. More than other missions, you can feel that the organization has deep roots in the region and its national staff is a vital part for its identity. The efforts of colleagues that have gone before us are worth remembering.”