By continuing to use this site, you agree to the use of cookies. Cookies are used to suggest information based on your browsing patterns and to provide us with information about site usage. For more information and to manage these settings, click here
Home > News > TAKING ACTION TO FIGHT WHOOPING COUGH IN A SEINE-SAINT-DENIS SLUM SETTLEMENT

On Wednesday 7th September, the Première Urgence Internationale French team organised a whooping cough vaccination campaign in a slum settlement in Saint Ouen, in partnership with the French Regional Health Agency (ARS), Seine-Saint-Denis Council, Médecins du Monde and the French Women’s Health Development Association (ADSF). The aim was to prevent the disease spreading, after two cases were identified a few days before. Two sessions were held, in the first instance to give out a preventative treatment, and secondly to vaccinate nearly 100 people, of whom the majority were children. 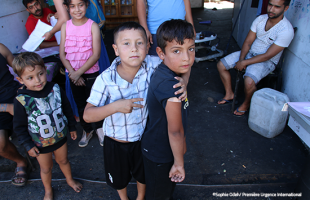 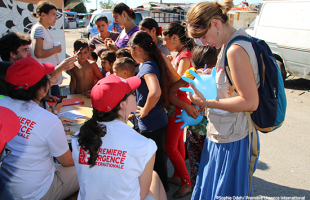 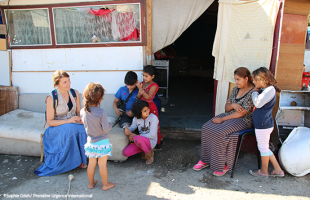 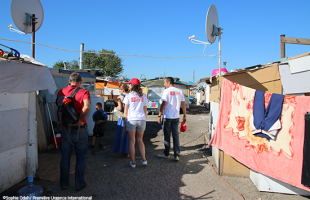 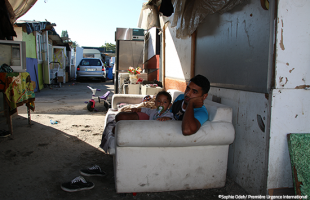 More than 300 people of Romanian origin live in this slum, next to a landfill site in Saint Ouen. Living conditions are particularly difficult here, without regular access to drinking water or electricity. On average, families stay in the same place for three months, often travelling between France and Romania. Each time they return to French soil, these people have no rights, being considered as ‘tourists’, until after three months when they can apply for state medical help (AME) in order to get medical care, which requires a legal address and proof of residence for these three months in France. Otherwise, once this ‘tourism’ time limit has passed, these people can be deported. The combination of these administrative constraints makes it difficult to keep track of medical issues.

Health outreach workers at the heart of the campaign

Première Urgence Internationale works in France with vulnerable groups through health outreach work. In contact every day with the most desperate people, health outreach workers have been instrumental in providing information to the inhabitants of this settlement and to inform them of the need to be vaccinated. Many of them actually thought they were protected against all diseases because ‘they have already been vaccinated for BCG’, a vaccine that left a mark on their arms, or ‘because they are not ill’. The health outreach worker, a person who they know, trust and are used to talking to, is the key to the success of this type of campaign. As Najat Lahmidi, partnership health project manager, emphasises, ‘Health outreach is not a substitute for health care institutions but it builds a connection between the institutions and the beneficiaries’.

On Wednesday, the teams vaccinated mainly women and children: ‘it is more difficult to convince adults to have the vaccine, and in particular men,’ explains Roxana Albu-Merciée, Première Urgence Internationale health outreach worker. Their reluctance to be vaccinated comes mainly from an ignorance of health prevention. The children are more keen, some even asking ‘if they can go to school if they’ve been vaccinated’. Cooperation by different teams in the area has meant that nearly a third of the slum population have been vaccinated to prevent the spread of whooping cough, a satisfactory result, even if there is still an enormous amount to be done for this group who would ideally have access to decent housing and more importantly clean drinking water. At last the partnership can celebrate managing to get institutional bodies involved who are responsible for taking action on these public health issues, and we hope that this work will carry on, in particular for the second vaccine dose, without which coverage against whooping cough will be ineffective.