By continuing to use this site, you agree to the use of cookies. Cookies are used to suggest information based on your browsing patterns and to provide us with information about site usage. For more information and to manage these settings, click here
Home > News > Rehabilitation, financial support… Our emergency response in Beirut following the consequences of the blast

Rehabilitation, financial support… Our emergency response in Beirut following the consequences of the blast

Emergency response in Beirut: almost two months after the blast that blew Beirut on August 4th, Première Urgence Internationale keeps intervening alongside the populations, to respond both their short-term and longer-term needs of assistance. The humanitarian teams act on health and shelter sectors, in the city as well as in the whole country. 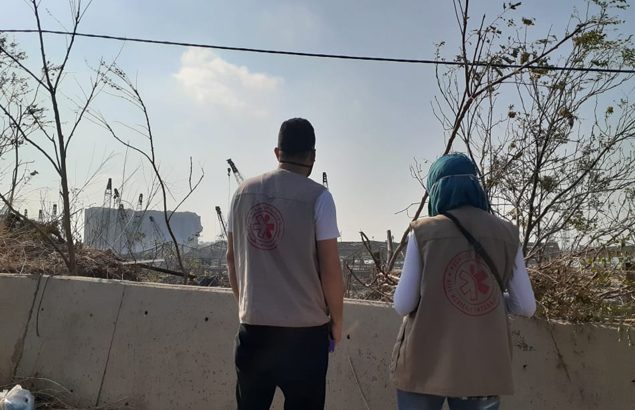 To respond the consequences of the tragic blast that blew the port of Beirut, Première Urgence Internationale deployed an emergency response in Beirut in a few days after the accident. The teams have been mobilized on the distribution of shelter kits and personal protective equipment, rehabilitation of primary health care centers, and distribution of emergency cash assistance to the affected populations.

Première Urgence Internationale intervenes in the most vulnerable areas and districts near the centre of Beirut, affected by the blast, especially Bourj Hammoud and Zarif. This emergency humanitarian response is directly benefiting to more than 20,000 people in total.

Responding the needs on different timescales

“In Lebanon, our intervention takes into consideration the emerging requirements of humanitarian action”, Martin Rosselot says, Desk manager for the Syrian crisis. “When comes a new crisis, we are intervening on different timescales to respond most of the needs. For example, here in Beirut, we acted both on the immediate emergency response (provision of shelter kits, assessment of damages in 9 healthcare centres of Beirut, provision of psychological first aid); on the middle-term (provision of emergency cash assistance to vulnerable families impacted directly and indirectly by the blast); and on the long-term (system strengthening for national health structures and for local non-governmental organizations, provision of primary health consultation).”

Première Urgence Internationale adopted a similar strategy to face the COVID-19 sanitarian crisis – still ongoing and worsening today, worldwide: the NGO responds both to the emergency and to longer-term needs of the affected populations. 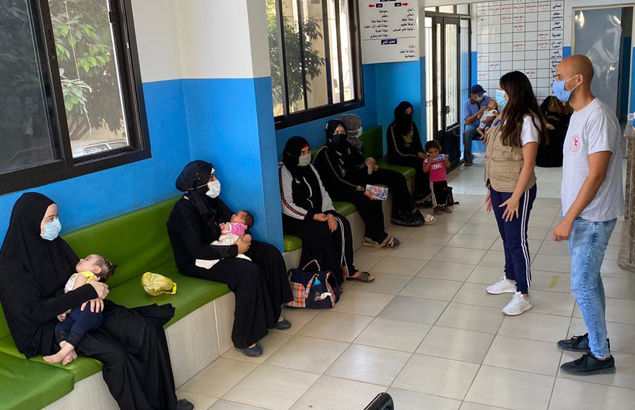 “In Lebanon, the vulnerability reveals much deeper”

In the emergency response in Beirut, the multiplicity of axes of this humanitarian intervention allows the teams to be more efficient and to achieve faster the objectives of intervention. “When we were assessing the needs, after the blast, our beneficiaries expressed immediate needs for sure, but their vulnerability, in the current context of Lebanon, reveals much deeper”, Martin Rosselot highlights. “To really absorb the shock, they need to regain an adequate standard of living, to rehabilitate their houses and to take care of their health”.

Short-term assistance wouldn’t be sufficient to support these families in facing the upcoming difficult winter months. Hence, to better respond to the needs of the beneficiaries, Première Urgence Internationale integrated its emergency response with its existing shelter, protection and health activities. Therefore, the health program implemented by Première Urgence Internationale in Lebanon to overcome economic barriers for health care, while strengthening the local health care system, remain more relevant than ever.

“The crisis in Lebanon is extremely deep, protracted, and has been lasting for a long time”, Martin Rosselot develops. “The best response and support we can bring today, is with a strategy and targets of medium and long term.”

All these activities have been implemented thanks to the support of several of our partners, among which the European Union, UNHCR, AFD, Fondation Abbé Pierre, Fondation de France and Muslim Aid.