By continuing to use this site, you agree to the use of cookies. Cookies are used to suggest information based on your browsing patterns and to provide us with information about site usage. For more information and to manage these settings, click here
Home > News > Première Urgence Internationale supporting agriculture in the Central African Republic

The Central African Republic is among the poorest countries in the world. Nearly 3 million Central Africans are currently in need of immediate humanitarian aid.  Première Urgence Internationale, with support from the French Embassy, has just launched a new food aid project in the north-east of the country. 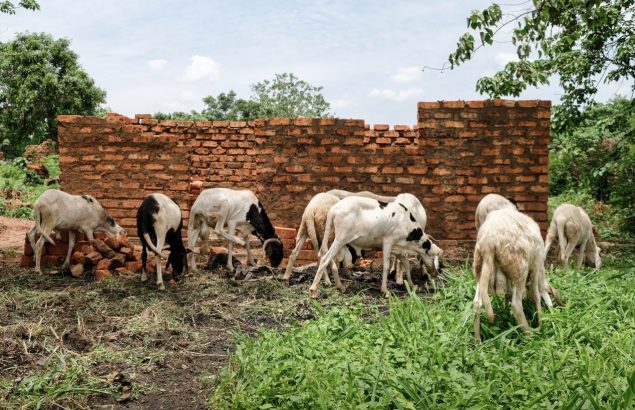 Since 2013, the Central African Republic has been crippled by a long-drawn-out socio-political crisis, seriously affecting living conditions for its population. Both cities and rural areas have suffered the effects of armed conflicts, lootings and human rights violations. The year 2018 has seen a resurgence of violence throughout the country. The government, which has been in power since 2016, is putting together a plan for wide-ranging disarmament, demobilisation and rehabilitation (DDR), to put an end to the fighting. But the presence of armed groups in several regions of the country, including Bamingui-Bangoran, has meant an increase in the chronic instability which persists in many areas.

At the end of 2018, according to the Humanitarian Response Plan 2019, there were a total of 643,000 displaced persons within the country, and 575,000 refugees in neighbouring countries. The food security and nutrition situation is a concern for a large section of the population, particularly in the north-east, in the rural area of Bamingui-Bangoran.

Première Urgence Internationale has decided to take action by providing immediate food aid, and by offering a medium-term humanitarian response to revive agriculture in the area. The project has been made possible thanks to funding from the French Embassy’s Inter-ministerial Committee for Food Aid (CIAA).

Despite the country’s resources, inequality is growing

With land that is mainly rural and a climate that is favourable for rain-fed agriculture and pasture for grazing, the Central African Republic relies heavily on its agricultural sector, as much for its economy as for its food security. Nearly 75% of the country’s population is involved in agriculture, which plays a crucial role in generating household income and reducing poverty.

However, the effects of the crisis have had a severe impact on the sector. Household poverty, persistent insecurity, a rise in confrontations between communities, as well as the mass population displacements, are all factors that aggravate food insecurity. As a result, production levels go down, and the supply chain breaks down. The most vulnerable sections of the population have inadequate and insufficient food consumption, with little variety. In the Central African Republic, the mortality rate in children under 5 is among the highest in central Africa, at 129 out of 1000 live births, according to WHO in 2015. The cause is acute malnutrition. 40.8% of them have stunted growth.

In the area of Bamingui-Bangoran, 83.3% of the population only eats one meal a day, and 99.75% lives under the international poverty threshold ($1.90 per person per day), according to the assessment report compiled by Première Urgence Internationale in the prefecture in 2017.

To respond to these needs, Première Urgence Internationale launched a food aid project at the beginning of April, with support from the French Embassy.

An initial level of response is providing immediate food aid, particularly during the time before the first harvests. This means distributing food items to the most vulnerable households, who are under threat from their inadequate food reserves and a lack of economic resources.

A second, more in-depth response, is being implemented at the same time, in order to revive agriculture in the area. Première Urgence Internationale is funding the purchase and distribution of seeds (maize, sorghum, peanuts and cowpeas), offering help with increasing sheep and goat herds to farmers who lost their livestock in an epidemic last year, and working on the fishing industry to increase freshwater fish production.

In total, nearly 4000 people will be able to benefit from this support. This project will help to improve and consolidate their food situation.