By continuing to use this site, you agree to the use of cookies. Cookies are used to suggest information based on your browsing patterns and to provide us with information about site usage. For more information and to manage these settings, click here
Home > News > Mali : « I contribute to the improvement of women’s health in the community »

Mali : « I contribute to the improvement of women’s health in the community »

Mrs. Habssa Wallet Ibrahim aged about 60 years old is a Traditional birth attendant (TBA) in the Talabit health area where one of the eight health centers supported by Première Urgence Internationale in the Kidal region of northern Mali is located. 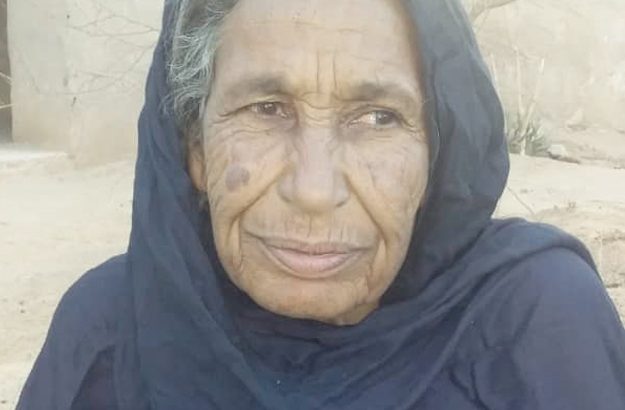 Mrs. Habssa is a dedicated woman in her role as a traditional birth attendant. Her job consists essentially to look for danger signs of pregnancy and promoting Essential Family Practices: in other words, these are awareness sessions with families to promote health, growth and development of the child. She also identify pregnant women to propose a delivery in the nearest health center. This is why Première Urgence Internationale has trained them in essential family practices as well as in the identification of risk signs for pregnancies. Indeed, before being “recycled”, traditional birth attendants helped women to deliver at home, leading to complications and even to death for mothers and babies.

For instance, for the period 2014-2018, the risk of infant mortality is estimated at 54 deaths per 1,000 live births. The risk of child mortality is evaluated at 49 per 1,000. In addition, about 1 in 50 women is at risk of dying from maternal causes during her reproductive life.

Première Urgence Internationale, trains and motivates 16 recycled birth attendants, including Mrs. Habssa Wallet Ibrahil. They receive monthly training supervisions provided by a multidisciplinary team composed of a doctor, a midwife and community mobilizers. These activities thus contribute to the reduction of morbidity and mortality of pregnant women and children. 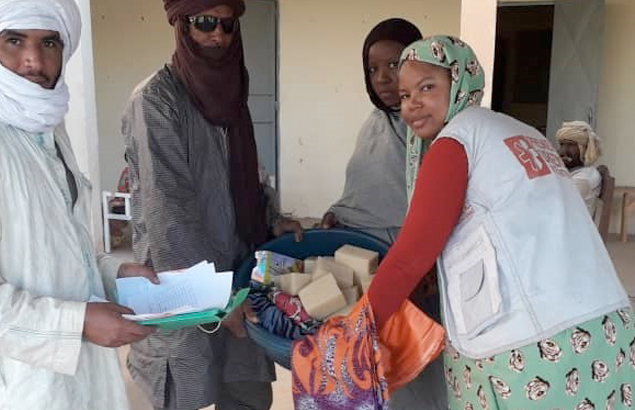 Mrs Habssa states that she has noticed that pregnant women are very enthusiastic about giving birth in the health centre. Therefore, she urges Première Urgence Internationale to continue its actions in order to contribute to the health of the people of Talabit and especially of women.

Valuing the role of traditional birth attendants in Mali

Maternal and perinatal mortality in Mali is a major public health problem. Above all, this phenomenon is exacerbated by the lack of qualified human resources and low utilization of reproductive health services.

Even though traditional birth attendants are not considered as skilled reproductive health professionals, they are often the first contact for pregnant women seeking care.

This development of the traditional birth attendant profession in Mali is helping to reduce maternal and infant mortality. They are regularly monitored by Première Urgence Internationale community mobilizers and receive compensation in kind via kits.

These kits compensate for the lack of income of these traditional birth attendants for not performing the delivery themselves. Their motivation and implication has helped to improve the rate of deliveries in community health centers by skilled personnel. 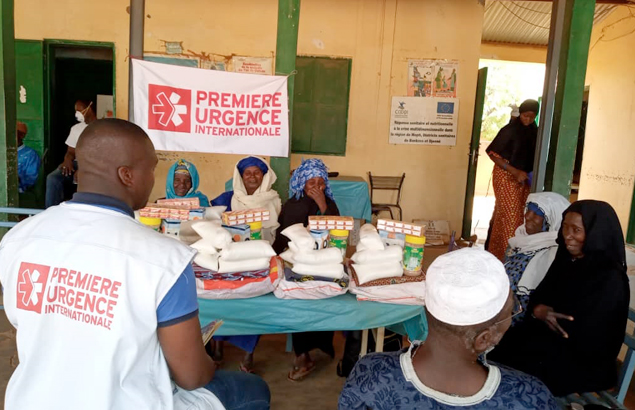 In Bankass, in April, 45 traditional birth attendants received an incentive package. It was consisted of 3 printed cloth loincloths, 5 kg of sugar, 2 cans of powdered milk, soap and tea.

These activities are possible in Kidal and in Ansongo (Gao Region) thanks to financial support from the DG ECHO (Directorate-General for European Civil Protection and Humanitarian Aid Operations) with a project entitled “Support for strengthening access to medico-nutritional care for vulnerable populations and for revitalizing the system in crisis-affected areas in central and northern Mali”.

You can support our actions in Mali by getting involved with us or by making a donation to our NGO.

94% of our donations are allocated to our field missions. You can benefit from a 75% reduction on the amount of your donation. (There is a limit of 530€ – beyond that, the reduction is 66%).