By continuing to use this site, you agree to the use of cookies. Cookies are used to suggest information based on your browsing patterns and to provide us with information about site usage. For more information and to manage these settings, click here
Home > News > Kasai : Strengthening food security in the Democratic Republic of Congo

Kasai : Strengthening food security in the Democratic Republic of Congo

In Kasai, a province in south-central DRC, bordering Angola, structural food security problems persist despite the end of the conflict in the province in 2016. Première Urgence Internationale carried out an agricultural revival and food assistance project there for twenty-four months. Nearly 166,000 people benefited from the project’s activities in the locality of Lunyeka (Kamuesha health zone). 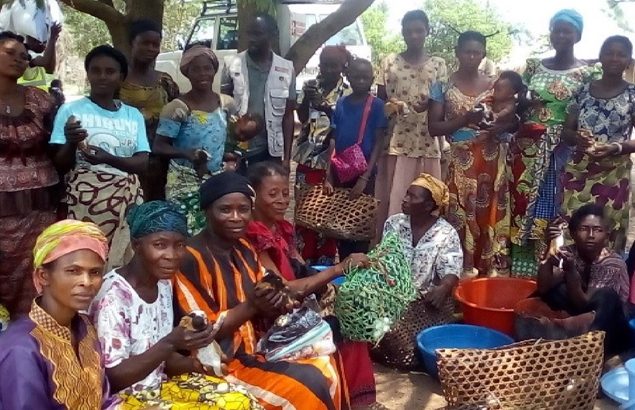 Focused on a multi-sectoral approach, the project provided a humanitarian response to the most urgent needs of vulnerable people and created conditions of resilience.

Access to agriculture has been improved through the distribution of food and vegetable seeds and agricultural tools. In order to avoid the consumption of the seeds distributed, food assistance was also provided. In addition, guinea pigs were distributed to encourage the breeding of small animals and increase the nutritional intake of families: ten females and two males were given to three hundred households. 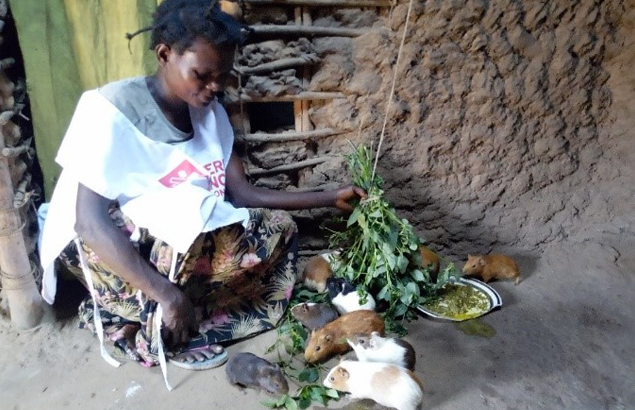 Marie Kapinga, from the Lunyeka health area, testifies: “Following the conflict, I had lost all my capital, I was living off the sale of the indigenous alcohol called ‘Tshi tshiampa’. My husband was beheaded. I was traumatised, stressed and humiliated. It was very difficult to recover mentally, especially when, on top of that, these same people steal everything we own. With the arrival of Première Urgence Internationale in the area, I was selected as a beneficiary for the distribution of food seeds, market gardening and tools, guinea pigs and training. Today I am the president of a village savings and credit association facilitated by Première Urgence Internationale and I am also the president of an IGA (Income generating activities) committee.”

the setting up of income generating activities

Indeed, Première Urgence Internationale has also encouraged the setting up of income-generating activities within existing agricultural groups or associations: the exploitation of market gardens and the provision of grinding mills for the production and marketing of flour from the harvests of the seeds distributed. 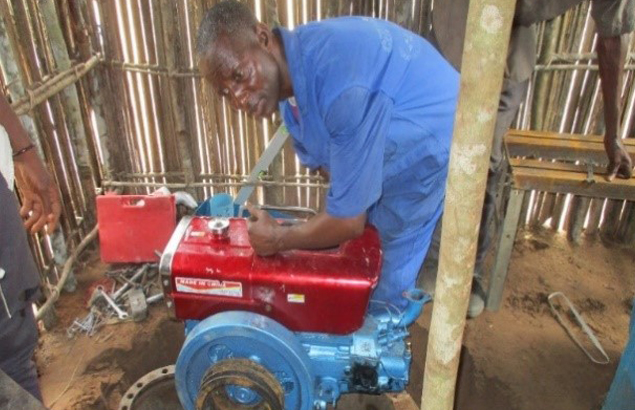 Sylvain Kande, from the Lunyeka health area, says: “Première Urgence Internationale has helped me to develop my theoretical and practical knowledge of animal husbandry, food crops and market gardening. I am a state veterinary agronomist; I had never benefited from this capacity building before. With the experience gained in accompanying beneficiaries with the PUI agronomists and the provision of equipment, I will be able to do my job of supporting farmers and herders better and I hope to encourage and help them to achieve better yields in the future.”

At the same time, activities to rehabilitate tracks and build or rehabilitate markets have improved access to markets, provided work and income to the most vulnerable, strengthened the interconnection between neighbouring areas and increased the marketing of agricultural products. Two agricultural tracks and nine sheds, which are useful, especially on market days, to shelter from the sun or rain and protect goods, have been rehabilitated. 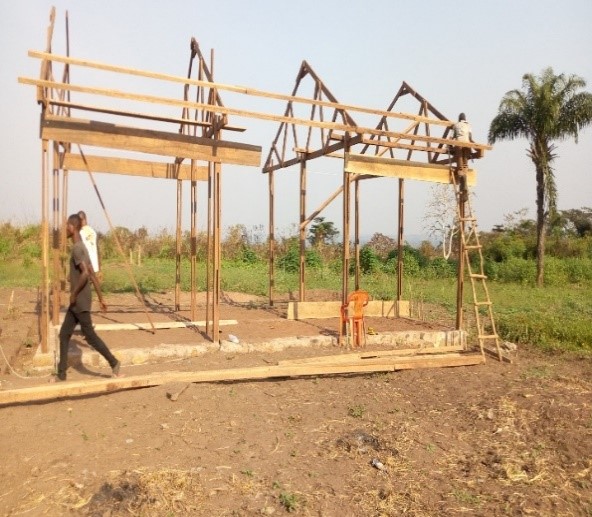 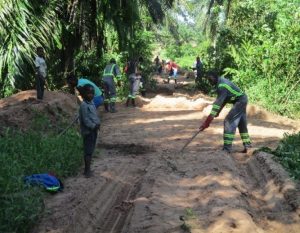 Finally, awareness-raising sessions on useful measures to protect oneself and limit the spread of Covid 19 were organised in nine health areas.

This project, supported by the DRC Humanitarian Fund (OCHA), has enabled children, women and men in Kamuesha to eat better and have more means to survive, live and project themselves into the future.