By continuing to use this site, you agree to the use of cookies. Cookies are used to suggest information based on your browsing patterns and to provide us with information about site usage. For more information and to manage these settings, click here
Home > News > IRAQIS ARE VERY WORRIED

Liam Kelly is in charge of the Première Urgence Internationale mission in Iraq. He is responsible for a team of more than 300 people in a country with a precarious geopolitical situation, where a major humanitarian crisis is expected following the battle of Mosul. He explains to us how the teams are preparing for large-scale population movement.

What is the current situation around Mosul?

Following the offensive launched on 17th October 2016, the Iraqi army is progressively advancing towards Mosul. The first wave of displaced people has begun. For the moment, they are quite limited in number as there were not many people in the villages where the Iraqi army was fighting. But as soon as the residents of the city of Mosul have a chance to leave, we can expect a population displacement wave that will be considerable. The humanitarian impact will be significant.

The country is very fragile at the moment and nobody knows what will happen after the battle of Mosul, or who will take control of the city. Iraqis are very worried and the country could be severely destabilised for a very long time.

How is Première Urgence Internationale preparing for this crisis?

With our mobile clinics* stationed near the front line, we are ready to help as soon as the need is there. Anyway we have already started medical consultations after the first population movement, in particular in the camp in Zelican, 40km from Mosul.

We are also ready to help with a water, sanitation and hygiene response, by providing drinking water to the displaced people as well as access to sanitary infrastructures. We already have a presence in several displacement camps, in particular in Bardarash, 60km from Mosul. 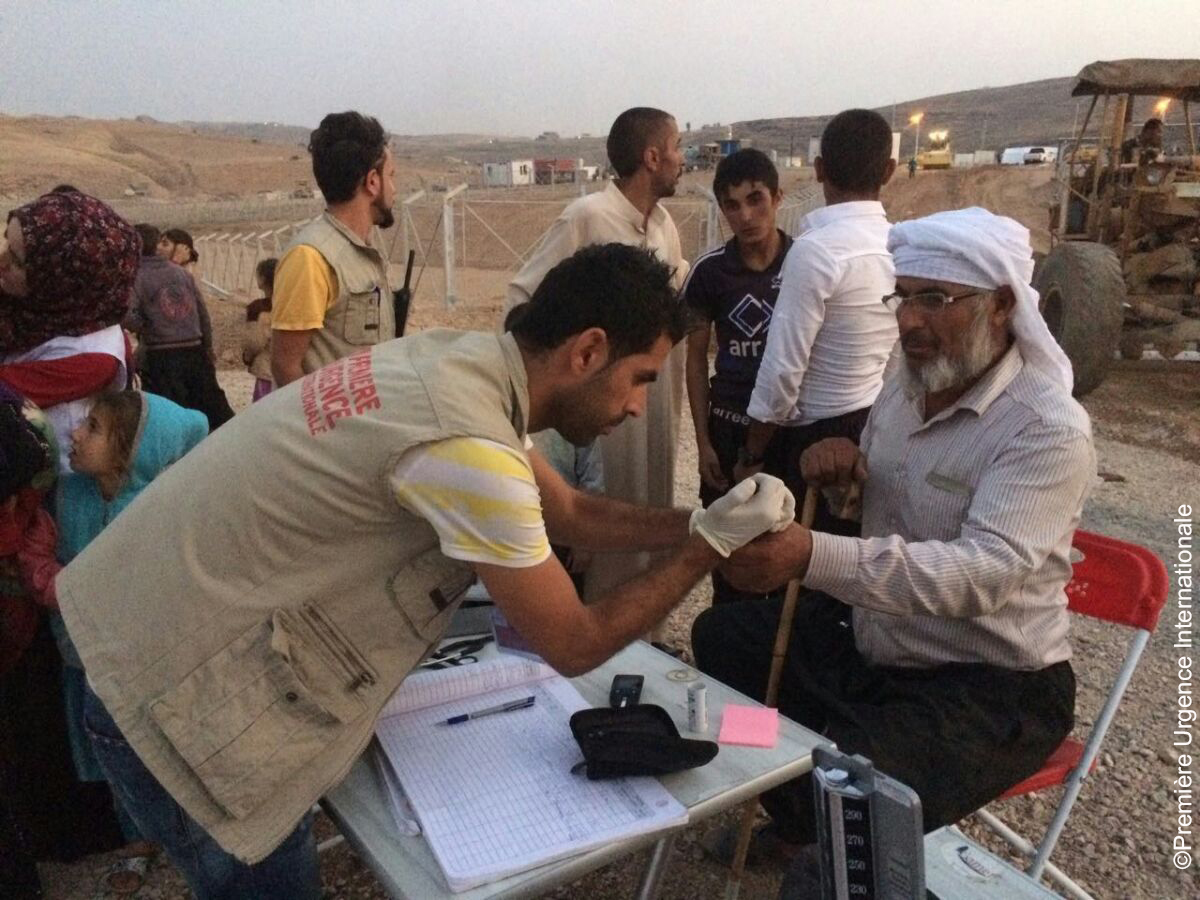 Will the response be enough?

We are expecting a movement of people that the international community will have difficulty in tackling. We will do everything we can but we fear that it may not be enough.

If all the humanitarian attention is focused on the Mosul crisis, we need to remember that there are a total of 3 million displaced people in the whole country. There are also therefore other needs in Baghdad, or in the east of the country, in particular in Anbar Province. We want to develop our humanitarian responses in these areas that are just as affected.