By continuing to use this site, you agree to the use of cookies. Cookies are used to suggest information based on your browsing patterns and to provide us with information about site usage. For more information and to manage these settings, click here
Home > News > In France the slums have been emptied out of the people living in them, but «the most vulnerable are still there»

In France the slums have been emptied out of the people living in them, but «the most vulnerable are still there»

Since 2012 Première Urgence Internationale has been leading healthcare mediating activities in the slums of Ile-de-France, Seine-Saint-Denis and Val-de-Marne. Three bilingual mediators provide a regular follow up on the dozens of Romanian speaking families in order to ease their access to public health and have their rights respected. With the advent of COVID-19 the slums have been partially destroyed. But the vulnerability of such population has worsened. 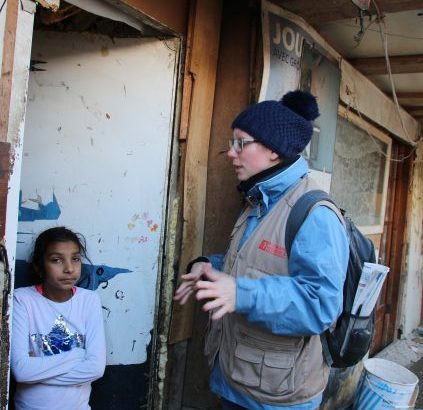 «From the outbreak of the epidemic the health system has changed and with it also our work as healthcare mediators», explains Véronique, healthcare mediator for Première Urgence Internationale. Over a number of years she and her two other healthcare mediator colleagues have been carrying out outings on a regular basis in the squats and slums where the Romanian speaking population lives.  An intervention based under an approach called « going towards».

The intention of healthcare mediation is to encourage the access and consistency of healthcare and be a connection between the population and the public organisations. The mediators conduct actions of awareness, orientation and support of medical and social issues as well as access to rights.

With the outbreak of coronavirus COVID-19 Première Urgence Internationale teams had to adapt quickly to keep helping these families. From the beginning of the crises healthcare was pushed to the background: the confinement measures that have been imposed have drove many of the inhabitants of these slums to lose their jobs and only sources of revenue. Survival has become the priority, in particular the quest for daily food and water.

Keeping on with remote mediation

To protect themselves and in order to keep risks of ulterior contamination at the lowest level the mediators also had to switch from this «going towards» approach to remote assistance, by telephone and through social media, for the people that stayed back but also for the ones that were forced to leave behind their homes. With the lack of a timely response from the municipalities to support them in this crisis, some families have been forced to take the decision of leaving their home since Friday 20th March. Confronted to these fears and to the limitations stemming from losing their source of revenue, many of them left for Romania.

«For four days we raised awareness over protective measures, symptoms and how to deal with them until we realized one morning that some of the slums we were working in were starting to empty out», says Mara, mediator for Première Urgence Internationale in the slums of Bonneuil-sur-Marne.

The families left abruptly. «These are people living day by day. Without a job, without revenues, they decided to go elsewhere», concludes Mara. Without necessarily understand that the situation was going to last, some families don’t even have a home in Romania or live in very precarious circumstances, often victims of discrimination since they used to live abroad.

The mediators continue to be in contact with the families that went left for their countries, and that keep asking on the phone when it will be possible for them to get back to France, where they had already started a process to get access to medical treatments and healthcare rights. «Their first desire is to know when they will be able to come back to finish the process», says Justine, the third mediator. «A lot of them lost their documents when they left the slums, appointments have been canceled since the healthcare organizations closed, so we will be forced to start again from the beginning when they will come back», adds Mara.

Première Urgence Internationale continues its intervention and keeps its connections with these families; it associated to other NGOs to expose the destruction of part of the slums of Montreuil and to remind the local authorities their obligation to respect the rights of the people still present in these territories. 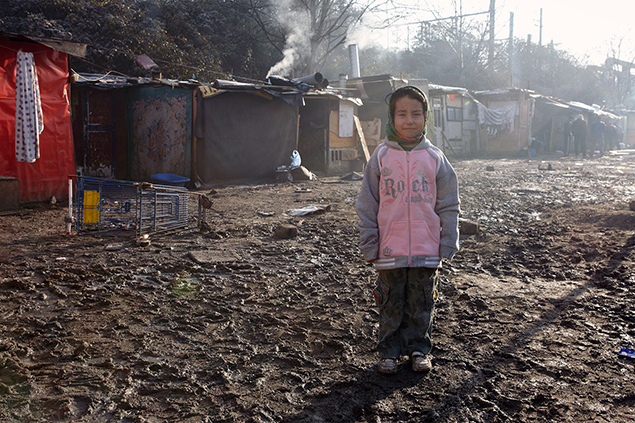 COVID-19 in the slums but also forgotten diseases

«The most vulnerable stayed behind», underlines Mara. Those who don’t own a car nor money, and are therefore unable to move. For these people the most urgent issue is not COVID-19 but survival, access to first necessities (hygiene products, food, water) and access to their rights.

«We talk a lot about COVID-19 but we don’t talk enough about the homeless who are suffering from chronic diseases and who, with this crisis, have lost their medical follow ups and regular access to medical care», warns Véronique. From the very beginning of confinement Première Urgence Internationale bilingual mediators keep working for those people who stayed in France. Nothing changed, except everything changed.

«People without social protection and with chronic pathologies with little to no follow up fall into a kind of void», explains Véronique. «The majority of people these days can connect with their MD through telephone or video; but the Romanian speaking population we support are confronted with a language barrier. This is the reason why it is also our job to assure a permanent access to healthcare in the hospitals in Ile-de-France, in order to take in charge these people more easily. However in this moment the hospitals we usually work with focus mainly on patients with COVID-19. It is impossible for the other patients to have a follow up. The system has completely changed.»

Before, for example, with  the “Permanent access to healthcare” people in precarious conditions could have access to care owing to their life conditions. At the moment it has become much more complicated due to the adaptation of the operation mode. The only system that works is the emergency and it is not enough to take in charge a patient with a heavy chronic pathology.

The current situation forced all medical and social organizations to reorganize their services and their healthcare offer, which under normal circumstances is already difficult to accede by vulnerable communities (language barrier, unawareness of rights and healthcare system, administrative difficulties).

An absence of social protection then adds to the absence of healthcare. «The first required step for social support is a registered address», explains Mara. For the numerous people waiting for a registered address by the appropriate organisation their request has been postponed due to the readjustment of the operations.  So the first requirement to claim medical help from the State is not met and it is impossible to complete all the documentation needed to have an adequate protection. Access to rights is negatively affected as a whole. The ongoing procedures are at a stall and the ones due to cannot start.

The difficulties of access to rights and care this population already faced every day have only been increased by this pandemic. 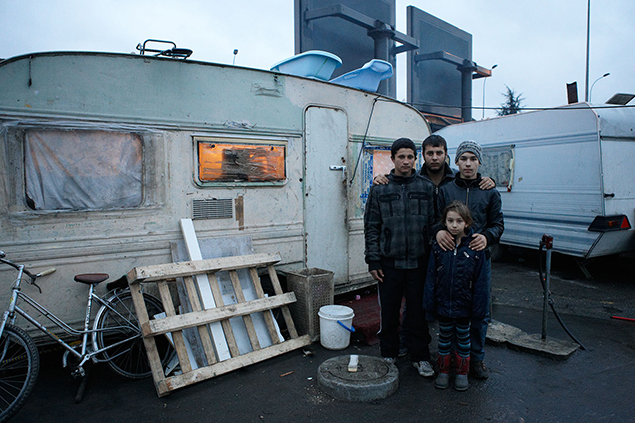 Fear is stronger than sickness

The situation also increased the feeling of fear already existing following the strenuous relations between law enforcement and the slums. «Among the people I follow there’s a woman who has to take medication at the hospital once a month, she can’t miss it. Normally this woman goes on her own, she’s completely independent. But since the containment order and the mandatory possession of a travel certificate, for this woman and a lot of other people fear takes over pain when it comes to have access to healthcare», says Véronique. Indeed a lot of the people living in the slums were confronted with a baffling paper they could not read and left without an explanation on how to act appropriately during the containment, and this led to a fear of going out.

«Since the containment was announced she has been so scared to go out and being held by the police that I have to escort her to the hospital. I’m sure that if I wasn’t there she wouldn’t go. Fear is stronger than dying in pain», regrets Véronique.

Fear of the police, fear as well of accepting help from outside, of having the virus crawling into their lives, makes the job of these associations more difficult. Notwithstanding these difficulties though, the associations keep their presence in these places, often forgotten, where a third of the urban population lives.

«We’ve seen the difference between the places where the associations are present and where they are not», Véronique remarks. «The work of the associations on site, as well as food assistance, is indeed helping the people who stayed behind to survive this period».

Healthcare mediation action from Première Urgence Internationale represents an open door for these people. Thus the mediators have been requested over larger subjects than healthcare, particularly access to food and hygiene, water, travel certificates, etc…They have effectively been a bridge between the inhabitants and the associations able to attend, even in part, to these needs. They have also been able to help with finding other places to live, as no other association is present in this field.

«It is difficult to coordinate at a distance, you have to find the right words for everyone, you need a lot of time and energy and there is no one solution. We try to get closer to them and to whatever speaks them the most», explains Mara. «Moreover we are less and less recognised as healthcare providers, because the priory is survival and here these people are trying to enlist all the possible resources to get out of this situation.»

Side by side to the healthcare mediation, at the core of the activities of Première Urgence Internationale from 2012, the organization launched a project of itinerant clinics with a reinforced team and medical professionals, to get back in the field and towards this more vulnerable people in Ile-de-France, and to increase awareness the inhabitants still in the slums de Montreuil and Bonneuil. These teams will be in charge of sharing the necessary information to prevent spreading of the virus, they will offer hygienic kits, they will identify the people showing symptoms and will direct the sick toward healthcare centers.

You can support our actions in the fight against COVID-19 by making a donation, click here.