By continuing to use this site, you agree to the use of cookies. Cookies are used to suggest information based on your browsing patterns and to provide us with information about site usage. For more information and to manage these settings, click here
Home > HR news > ‘In Cameroon, the teams told me how they cleared paths with machetes’ 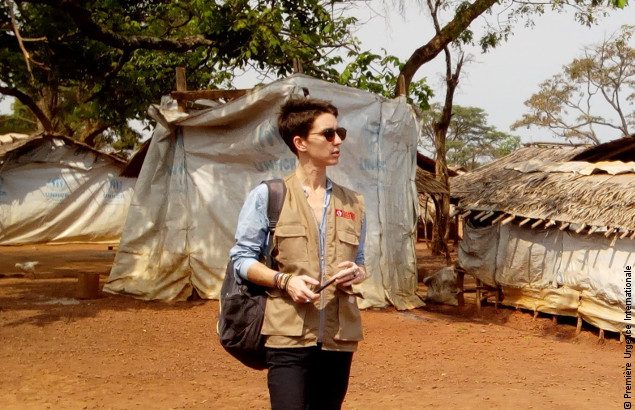 HOW DID YOU END UP WORKING WITH PREMIÈRE URGENCE INTERNATIONALE?

I started my career with a degree in political sciences and a research master’s degree in gender and development. I took a break after the first year of my master’s with a year of voluntary work in South East Asia. During that year, I worked in Thailand at Mae Sot with Burmese refugees and then in Cambodia with a local NGO that was working in particular with women’s literacy. I then went back to my studies for a second year of my master’s in international cooperation that led to an operational internship in Première Urgence Internationale’s Asia-Caribbean division. I then went on to a mission as grants officer in Afghanistan for 7 months, before going to Cameroon as emergency technical manager.

WHY DID YOU CHOOSE TO DO COMPASSIONATE WORK?

I’ve always been interested in fighting for causes. It might sound like a cliché, but I really wanted to get involved to try to make a difference. I wanted to try to do something that has an impact on reducing inequalities. It is just something inherent to me. So when I was working on my master’s, I tried to see what I could do in real terms, either close to home or at an international level.

WHY DID YOU CHOOSE TO GO TO CAMEROON?

The Première Urgence Internationale mission in Cameroon works with refugee camps, particularly in the area of Batouri. The refugee problem is something that has always interested me. I did some sociology during my studies so managing populations and data was something I was familiar with and enjoyed doing. And the job of emergency technical manager entails being involved with management of the camp, and also housing. This was a new and exciting issue for me.

Also, after Afghanistan, I wanted to take part in a mission in a calmer security context and have the opportunity to go out in the field physically, which was not possible in Kabul. And I had also never been to Africa.

So Cameroon was a combination of all of these opportunities and things I was interested in, and that’s why I wanted to go.

WHAT STRUCK YOU THE MOST THERE?

What struck me the most is the bond within the Cameroonian teams. Most of the local teams with whom I’ve worked have been working with the crisis since 2014. That was the year that saw waves of refugees arriving from the Central African Republic to settle in the camps where we are working now. These teams knew absolutely everything about the issues and the context. Some of them would tell me lots of anecdotes and stories. For example, they explained how, ten years ago, they would clear paths with a machete to try to access areas with populations in need. Batouri is an area that is geographically very isolated but it’s a place where I’ve made very close and deep links, both on a professional and a more friendly level.