By continuing to use this site, you agree to the use of cookies. Cookies are used to suggest information based on your browsing patterns and to provide us with information about site usage. For more information and to manage these settings, click here
Home > News > Yemen: “Nutrition activities met an urgent need to my twin daughters and made my life easier”

Yemen: “Nutrition activities met an urgent need to my twin daughters and made my life easier”

In Yemen, 66 percent of the population are estimated to need humanitarian assistance in 2021, according to the Humanitarian Needs Overview (HNO) analysis. Over 2.25 million cases of children aged 0 to 59 months, and more than a million pregnant and lactating women, were projected to suffer from acute malnutrition in 2021 (HNO, 2021). 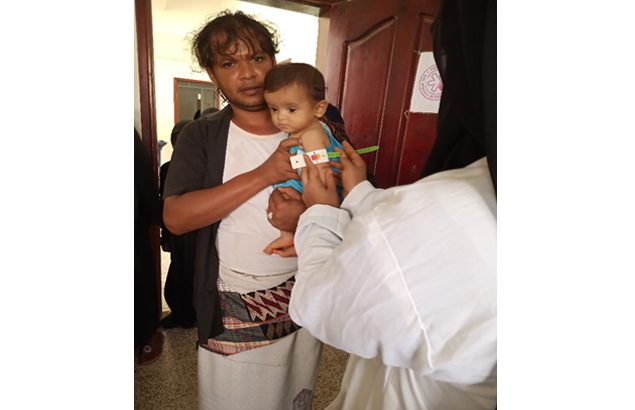 Première Urgence Internationale has been supporting access to health and nutrition services for many families in both North and South Yemen since 2007.

Mokhtar’s twin daughters recovered thanks to the care of the medical team, he tells us:

Mokhtar is 35 years old and lives in a village, close to Al Mansuriyah. He is a father of 5 children and works as a casual worker with a low income. When he was already struggling to cover the basic nutritional needs of his family, the situation got worst. His wife died suddenly when she was still breastfeeding their newborn twin daughters Hadeel and Ghadeer. For Mokhtar: “It was very difficult to buy infant formula for them”. He adds: “so the health of my twin daughters deteriorated rapidly, and they became weak”.

At that moment, some relatives advised Mokhtar to go to Al Mansuriyah HC where medical and nutrition services were available: “I took immediately my daughters to the Health Center where the doctor examined them and referred them directly to Stabilization Center at Al Mansuriyah”. They stayed at the SC until their health condition improved; they were then referred back to Première Urgence Internationale supported HC where they could receive Targeted Supplementary Feeding Program (TFSP) care. During 18 weeks, they received nutritional commodities and the required medicines to enable their nutrition status to improve, as well as medical follow-up provided by the HC staff. After gaining 2 kilos and being stabilized at a normal weight, they were considered as cured. 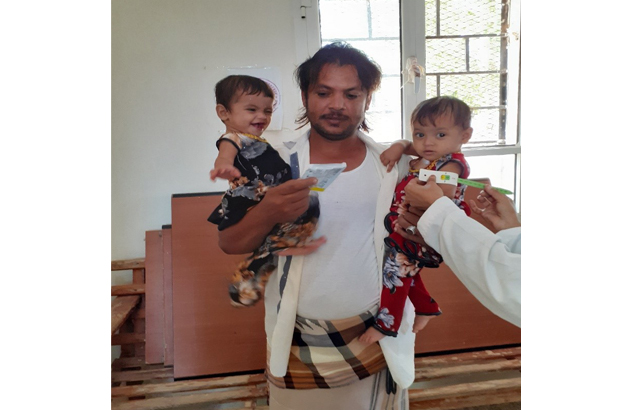 Later, Mokhtar told us: “In the Health Center, my twin daughters got Plumpy Nut with some drugs and their nutritional status improved. They recovered very quickly. Really, I feel happy and I am grateful to all the staff of the HC and I thank them for to their cooperation”.

Read also the story of Sabah, a community health volunteer in Yemen.