By continuing to use this site, you agree to the use of cookies. Cookies are used to suggest information based on your browsing patterns and to provide us with information about site usage. For more information and to manage these settings, click here
Home > News > Thousands of people displaced after the Hodeidah port take over

Thousands of people displaced after the Hodeidah port take over

In June 2018, an attack was launched on the harbor city of Hodeidah; the main entry point of humanitarian aid in the country. If there was an official pause in military actions since the 1st July, offensive operations continue in the south side of the gouvernorate. Despite all, Première Urgence Internationale continues its activities in both Hodeidah and Raymah governorates, while keeping an eye on the southern part. 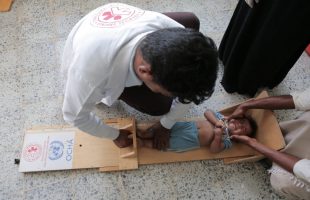 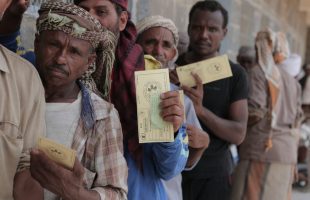 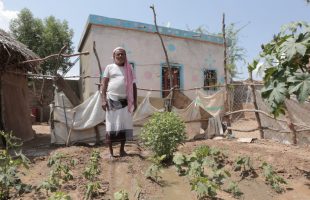 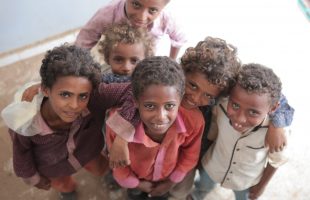 Trenches were dug all over the city of Hodeidah, and distorting gaping wounds are a constant reminder to the people that, at any moment, fighting can resume. The Saudi-led military coalition against Houthis rebels in Yemen was launched in early June.  This attack drove thousands of people to flee to other areas of the Hodeidah governorate and to the neighboring regions of Raymah and Sannaa, in the northern part of the country. Some managed to find shelter with relatives, others live in informal settlements or makeshift shelters without water nor electricity. These vulnerable people add to more than 2 million, which is the number of people who are already displaced since the beginning of this conflict in 2011 (UNHCR March 2018).

Since a pause in hostilities was announced in early July, some families chose to return to their homes. Unfortunately, last Friday, there were bombings targeting the city center and the north of Hodeidah. Every single person living in the area awaits to see whether the conflict will resume or not.

The port of Hodeidah: a strategical stronghold

“The big difficulty remains access to populations in this context, we are having difficulties in obtaining authorizations so that our teams can be deployed on the field. We are also waiting for a shipping of nutritional inputs which is blocked in Djibouti because of the Hodeidah’s attacks”, says Caroline Paoli, Field Coordinator for Yemen at Première Urgence Internationale. 70% of commercial imports in Yemen pass through the Hodeidah’s harbor. It is also a strategical drop point for humanitarian agencies who receive their equipment and material by sea.

After the attack on Hodeidah, Première Urgence Internationale which is active in the country since 2011, manages to continue with its activities in the Hodeidah and Raymah regions, with a particular focus on newly displaced. The aim is to help them survive the new dire and precarious conditions they found themselves in.

According to Caroline, “even if it is harder to intervene in areas of combats, we are determine to carry on with our activities. We currently assist four health centers that cater for the displaced coming from the city of Hodeidah”. The teams carry out food distribution to the most vulnerable. They have also set in place a mobile clinic program to reach as close as possible the most isolated people. Furthermore, Première Urgence Internationale supports stabilization centers that fights against malnutrition by welcoming affected children under 5 years old.

Première Urgence Internationale currently kick starts a new project on market gardening in both governorates. According to their level of vulnerability, some families were selected to receive food baskets for six months. These families will also be trained on market gardening techniques to grow vegetables and moringa, a well-known medicinal plant with high nutritional value. “We target families with a single child who has suffered from severe acute malnutrition”.

The teams on the ground will also conduct an explorative mission in the south of the country in order to reach this area controlled by governmental forces.