By continuing to use this site, you agree to the use of cookies. Cookies are used to suggest information based on your browsing patterns and to provide us with information about site usage. For more information and to manage these settings, click here
Home > News > #OpenUpGaza15: a campaign alongside 15 young Palestinians

#OpenUpGaza15: a campaign alongside 15 young Palestinians

15 years after the establishment of the Israeli blockade of Gaza, Première Urgence Internationale is participating in the international campaign #OpenUpGaza15, which begins this Tuesday, June 21, in partnership with several international and Palestinian organizations and the UN. Until July 5th, we will explore the impact of the Israeli blockade on the lives of young men and women in the Gaza Strip, by presenting the stories, messages and dreams of 15 of them.

A farmer in Gaza in the Restricted Area. © Première Urgence Internationale.

The Gaza Strip, plunged into a humanitarian and economic crisis

Restrictions on movement, isolation, lack of access to medical facilities, extreme poverty, unemployment, poor internet connectivity… In this territory plunged into a humanitarian and economic crisis, the situation continues to deteriorate. According to the UN Office for the Coordination of Humanitarian Affairs (OCHA), an average of 172 individuals per day were allowed to leave the coastal enclave of the Gaza Strip in 2021 (a figure that has dropped considerably since 2007). Permits for traders have dropped from 300,000 (in 2000) to 12,000 (in 2022).

In total, nearly 2.1 million Gazans live in this territory of 40 by 11 kilometers where “vital infrastructure is collapsing” according to the UN and where humanitarian conditions “remain deeply worrying”. The issue of mental health is also very worrying: according to a recent study by the NGO Save the Children, 4 out of 5 young people suffer from emotional disorders, including depression. In addition, 800,000 Gazans under the age of 15 have only known life under blockade.

For the youth of Gaza, a future between restrictions and hopes

The international campaign launched on Tuesday 21 June will highlight the stories, messages and dreams of 15 young Gazans facing the restrictions imposed on Gaza. On the occasion of the 15th anniversary of the blockade of Gaza, Première Urgence Internationale also invites you to discover the testimonies of two young Palestinians who have lived nearly half their lives under this air, sea and land blockade. They participated in Première Urgence Internationale’s INTIQAL2030 program, which trains young people to protect their cultural heritage while developing their resilience and participating in long-term socio-economic development.

I worked as a freelancer to cover my university fees and my family’s needs. I was then unemployed due to the difficulty of finding a job in Gaza and did not find any job opportunity until I joined the photogrammetry training with Première Urgence Internationale and the INTIQAL2030 Program when I was 29 years old.

This chance opened the horizon for me to communicate and open network channels not only in the Gaza Strip but also in Europe. Through this experience, I gained advanced skills in 3D modeling and photogrammetry and became a qualified worker. I also became responsible for training three new graduates and communicating with colleagues at the University of Strasbourg in France.

However, I faced challenges working on photogrammetry. It is hard to purchase and import drones to the Gaza Strip and once their battery malfunctions, they cannot be maintained and are not available in the Gaza Strip.

I applied for another scholarship and hope to complete my master’s degree in the UK to improve my skills in technologies linked to protecting the cultural heritage in Palestine.” 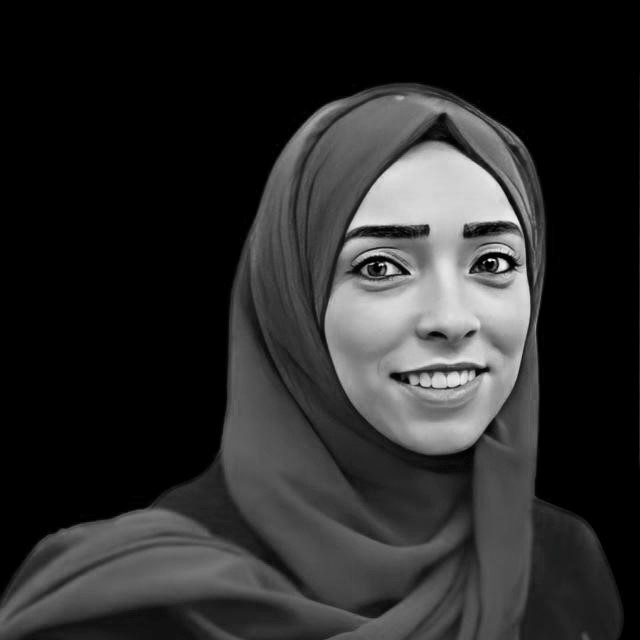 “My name is Shaimaa, I was 16 years old when the siege started.

My mother has a congenital kidney defect and needs periodical medical follow-up at Al Makased Hospital in Jerusalem. Due to the blockade, my mother is not allowed to get out to get her treatment and her health has been deteriorating.

I was planning to study in Egypt as I held an Egyptian residency. But due to the travel restrictions, I was not able to leave the Gaza Strip and go to Egypt, the residency expired, and I lost this chance.

My father also lost his job and I had to work as a receptionist at a hotel to help my family and cover my university fees. I studied archeology at the Islamic University of Gaza and volunteered for three months at the university’s museum. Then, I passed the interview to join the INTIQAL2030 restoration team and work until the pandemic started. I worked on archeological excavation, pottery classification, and mosaic treatment. Besides, I have also participated in the digital knowledge exchange on cultural heritage with our friends in the South Hebron Hills with whom sadly it is impossible to meet physically because of the blockade.

My passion for heritage protection has increased since my work on the archaeological site with Premiere Urgence Internationale and the INTIQAL programme. I worked after that on a project for three months with the ministry of tourism and antiquities, where I improve my knowledge about managing archeological sites.

I wish to complete my education abroad to be a cultural expert and transfer this knowledge to the Gaza Strip. I also dream to meet friends and colleagues in the West Bank to share and exchange our knowledge on cultural heritage.”

Find out more about our activities here