The large-scale attacks launched by Russia on February 24, 2022, triggered an unprecedented humanitarian crisis in Ukraine and neighboring countries. The United Nations estimates 18 million people to be affected in Ukraine and nearby countries. By the beginning of April 2022, more than 4 million people had already fled the country, including nearly 2,5 million across the Polish border.

Poland is now the country that receives the most refugees from Ukraine through about eight border crossings in the southeast of the country. Greeted and taken care of in dedicated reception centers, these refugees, mostly women and children, suffer from the fatigue caused by the journey and the psychological consequences of war and exile. The physical and emotional disruption will be a major issue in the protection of refugees and in the assistance that will be provided to them.

Since the beginning of April, another project is being organized: seven mobile teams will be deployed to different strategic points on the border between Ukraine and Poland to provide protection and mental health care and psychosocial support.

On March 1, just days after the Russian invasion of Ukraine began, Première Urgence Internationale deployed an emergency team to southeastern Poland to assess needs and plan its response to the humanitarian crisis.

In addition to the exhaustion caused by the journey and the wait to cross the border, many refugees are suffering from the psychological consequences of war and exile. Very early on, Première Urgence Internationale was able to set up protection and psychosocial support activities for the most vulnerable people. Located at the various border crossings and in the affiliated reception centers, these activities make it possible to take care of refugees who so desire. Première Urgence Internationale continues its activities in the area, strengthening them with several mobile teams that move along the border to provide assistance to refugees from Ukraine.

Images from the humanitarian mission in Poland 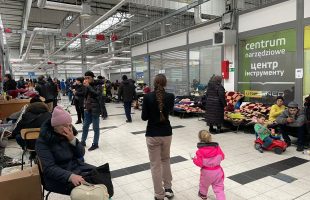 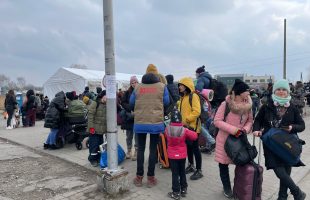 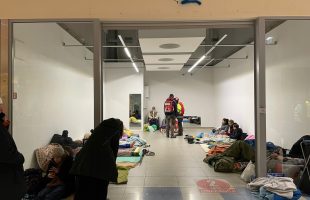 As soon as they arrived in Poland at the end of February, the Première Urgence Internationale teams identified major needs in mental health and psychosocial support for people who had fled the war in Ukraine. The need to recruit Ukrainian-speaking psychologists and social workers therefore quickly became apparent.

The advance of the Russian offensive in Ukraine has led to an increase in the number of people moving to neighbouring countries. Poland has become one of the theatres for humanitarian aid in the face of this massive flow of refugees. The teams of Première Urgence Internationale are working hard to respond effectively to the new vulnerabilities caused by these forced exiles, through measures linked to the security, mental and physical health of displaced populations.