By continuing to use this site, you agree to the use of cookies. Cookies are used to suggest information based on your browsing patterns and to provide us with information about site usage. For more information and to manage these settings, click here
Home > HR news > Field coordinator: a varied and challenging job

For sixteen months, Enguerrand Roblin was field coordinator for the Première Urgence Internationale mission in Lebanon, in the Akkar region. He returned home at the end of January 2019, and here he talks to us about this experience, and explains the role of field coordinator on a humanitarian mission. 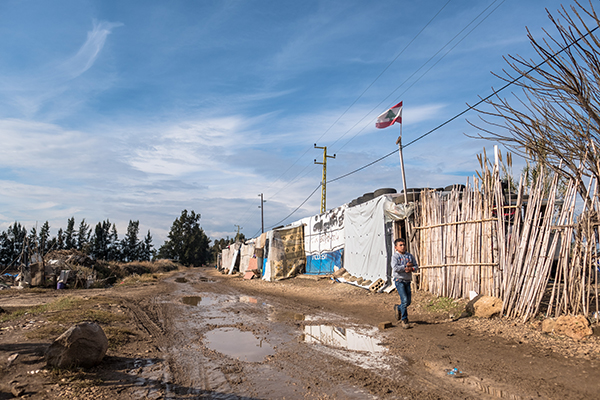 The role of field coordinator revolves around three main coordination priorities: first, he or she acts as the interface between the locally based field teams and the support teams based in the capital and at headquarters. Second, he or she liaises between all the mission departments out in the field. Lastly, he or she manages the coordination between Première Urgence Internationale and other stakeholders in the area (other national or international NGOs, local authorities, etc.).

The field coordinator is also in charge of ensuring the security of the goods and people in their coverage area. In particular, this means analysing the environment’s evolution, defining and communicating clear procedures for managing incidents and organising regular workshops to ensure that all the teams are aware of security rules.

What does this role involve?

It is the equivalent of a mission leader, but at a specific region’s level: a management position, but based out in the field. The field coordinator therefore has a supervisory and representative role. By definition, he or she must take an interest in everything, and be an all-rounder and good at multi-tasking. The field coordinator must be capable, in just one day – maybe even in one hour – of going from something needing an urgent response to a problem related to stock control, and then on to a disciplinary meeting.

Even if the field coordinator isn’t directly involved in implementing activities to help local populations (this is the programme teams’ task), he or she will be working closely alongside. As an example, every week I would take part in a committee which would review the individual situations of families that the teams had come across at ground level, to decide if we could offer them support, and if so, how. The impact of the decisions we took was really visible on a daily basis with this job.

In Lebanon, you were working at the Akkar base.
Can you tell us about the situation in this area?

Akkar is one of the poorest areas of Lebanon, both in the past and today. It is quite far away from Beirut’s central government. It has also always been an area that has taken people in, due to its location next to the border. Since the Syrian exodus began, 100,000 to 130,000 refugees have come and settled in Akkar, a number which represents nearly 40% of the region’s population.

Première Urgence Internationale has been working in Lebanon, and particularly in Akkar, to support the local population and the Syrian refugee families. The programmes that have been implemented are really helpful and varied. We can offer emergency responses in the case of natural catastrophes, at relatively short notice. At the other end of the spectrum, we have long-term work such as a programme we are running to support national health centres which will take several years to come to fruition. And between these two, there is a whole range of activities to offer food aid to the people who need it, or to help rebuild the country’s infrastructures.

How is the Première Urgence Internationale team structured?

At the Akkar base, Première Urgence Internationale is made up of around fifty people. The teams are divided into departments: health, food security and livelihoods, protection, housing and shelter, monitoring and evaluation. We’re really lucky to have this last one, as it means we can have impact surveys about our work. We are able to keep improving all the time, based on feedback from our beneficiaries.

We are also able to make the most of the experience and skills of the local teams. The current teams in the country have been there for a long time, at all the basic levels and right up to management. This means we can rely on trusted and effective teams that are capable of getting things done in the field but also of thinking about mission strategy in the longer term.

What is the security situation like in Akkar? And what about living conditions for international staff?

Some preconceptions still persist, based on ideas about what was happening in 2013-2014, when there were still areas of conflict near the border and in the Akkar region. This is no longer the case today! The biggest security risk we face is road accidents. It’s not very different from any other part of the world. But apart from that, and a few tensions between communities, the security context is very stable.

There are no particular access issues. As a field coordinator from a different country, you can reach all the work we are doing at ground level. As for living conditions, I found the perfect compromise. The foreign humanitarian community live in a little village in the mountains, twenty kilometres from our offices. We would see magnificent landscapes on a daily basis, and had the opportunity to spend weekends in Beirut or visit the rest of Lebanon easily.

In the future, what are the prospects for this job?

I’d say that we are at a crucial time in the Syrian crisis. Because several thousand refugees in Lebanon went back home to Syria in 2018. Will this trend take off or not, with the one million refugees that are still in Lebanon? It’s also what makes this job so interesting: you can’t just look at the situation in Lebanon. You look at what’s going on in the other countries in the region. Finally, you have to be good at analysing situations on a daily basis. To help the mission and the work being done to evolve. 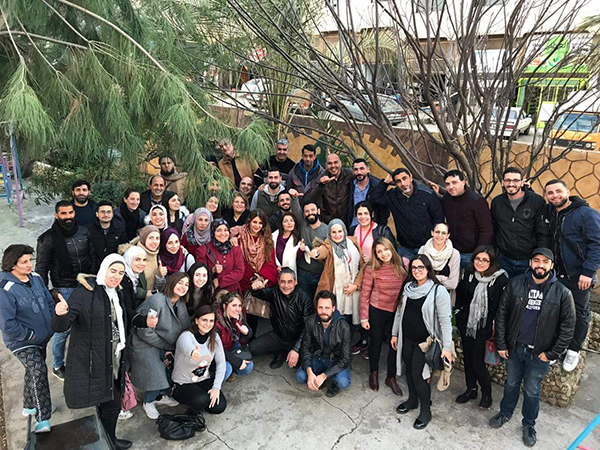 The Akkar base Première Urgence Internationale team with Enguerrand Roblin, a few days before he came home.

Première Urgence Internationale is looking for field coordinators for its missions. If you’re interested, send us an application!